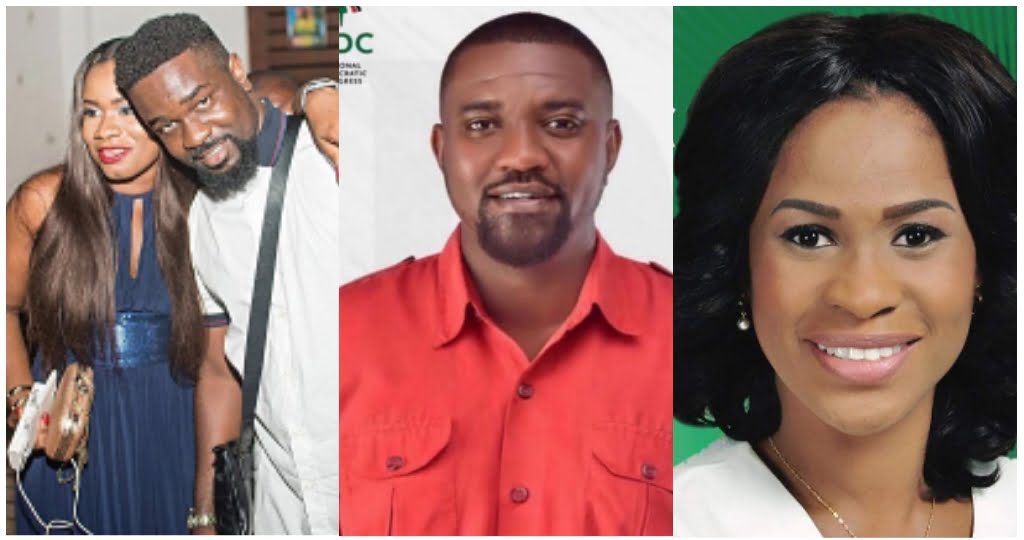 Veronica Addo, elder sister of Micahel Owusu better known as Sarkodie has got some hearts aching after she embarks on a massive campaign for National Democratic Congress.

The lady who took to her social media pages to post several NDC candidates banner and later, the NDC anthem suffered few threats in her comment session.

Most of the fans expect Madama Veronica Addo to second her brother Sarkodie as the rapper has declared his full support for the New Patriotic Party.

Her first post was the NDC anthem with a caption from the song suggesting victory for the party.

Her campaign triggered the wrath of some fans and followers to register their displeasure.

teewise77 wondered why Veronica is not following her brother’s advice: “But your brother said Nana toast. which is which hmm.”

ma. adutwumwaa said she was going to unfollow Veronica: “I’m unfollowing you now.”

mr__oseikwame stated that Veronica was likely going to incur the wrath of her brother:

From the reactions, many people have been surprised by Veronica’s endorsement of the NDC and its candidates.