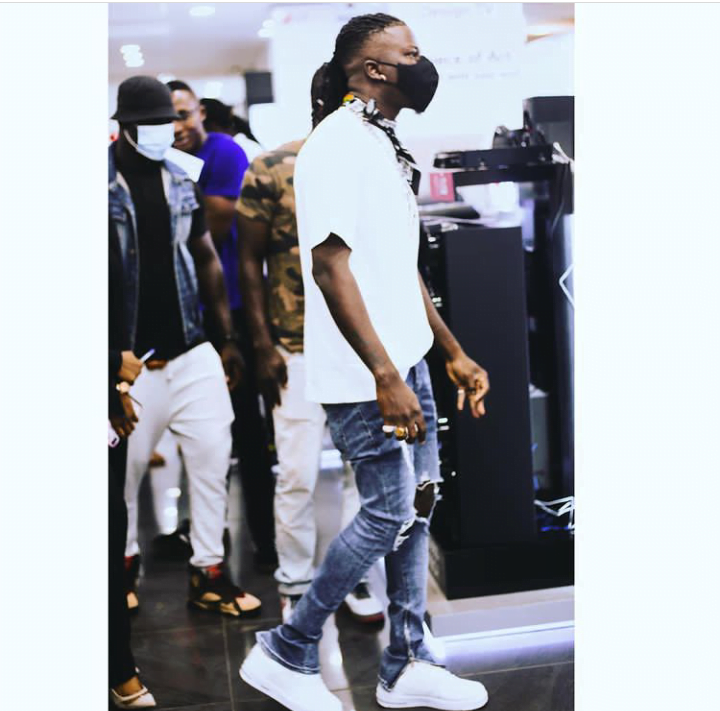 As earlier reported, Stonebwoy is complicit in allowing his bodyguards and personal driver to assault a driver who drove carelessly into one of his cars in Kumasi today.

This piece of news has been confirmed by an eyewitness who saw how the unfortunate incident panned out which led eventually to the arrest of these four bodyguards of the Bhim Nation boss.

Per our earlier reports, the “Putuu hitmaker” was returning from Bibiani in two black Toyota Land Cruisers with registration GT-5255-19 and GS-6255-19 respectively when a Bibiani-bound mini Benz bus hit one of his cars.

The Abuakwa Police command was called and they immediately arrested the culprits. The bodyguards are in police custody as investigations continue.

Corroborating this report an eyewitness in a telephone conversation with Kumasi-based radio station Nhyira FM confirmed that the incident did happen and these bodyguards are still in the custody of the Abuakwa Police Command.

Advertisement
Related Topics:Policestonebwoy
Up Next