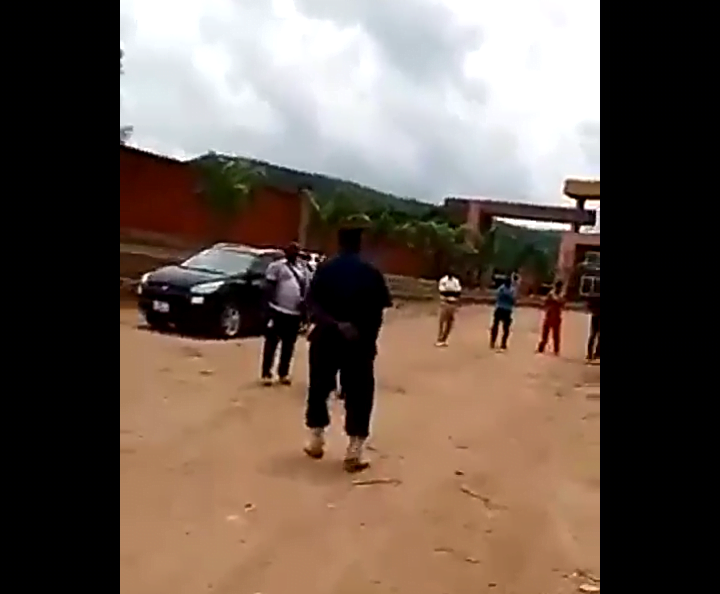 Graphic Online has reported that shots have been fired at Agbogbloshie in Accra as scrap dealers resist the decongestion exercise by the Greater Accra Regional Coordinating Council.

The scrap dealers and onion traders at Agbogbloshie are being relocated to Adjen Kotoku to help free the congestion in the central business district (CBD) of Accra as part of the agenda “Make Accra work” initiated by the Greater Accra Regional Minister, Mr. Henry Quartey.

As sighted on Graphic Online, the dealers set spent vehicle tires ablaze in protest against their removal from the spot, claiming they were served no eviction notice.

According to Graphic Online reporter Joshua Bediako Koomson, they were throwing stones at the security personnel who in turn fired shots to disperse.

He said the exercise aimed at removing onion traders and scrap dealers to Adjen Kotoku was peaceful until they reached the scrapyard.

The scrap dealers argued that they were not served any notice to vacate the place.

“So the military had to intervene by firing warning shots to disperse them,” he added.

In the same development, a police officer with no name tag on his uniform was heard telling a civilian that he will shoot and k!ll him if he dares disobeys his orders again.