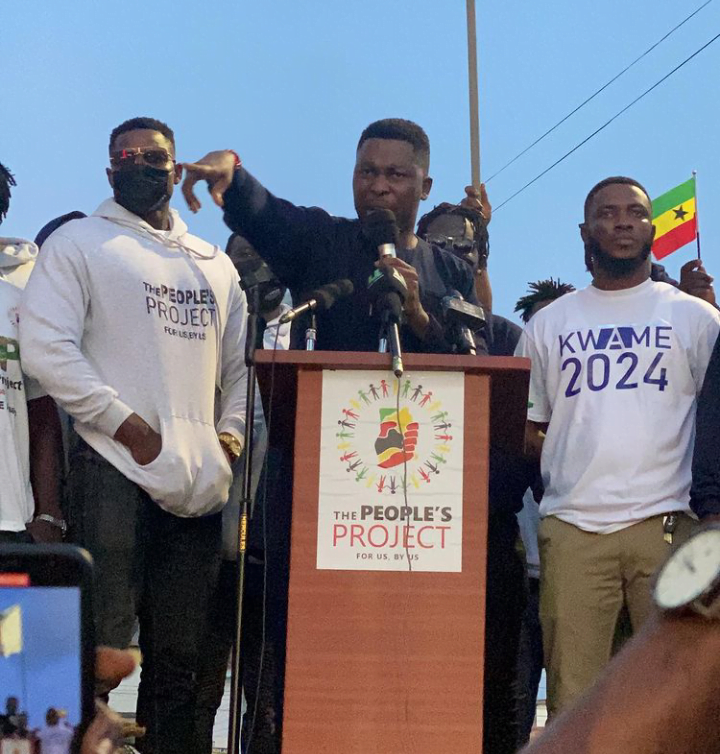 Ace musician Kwame Asare Obeng popularly known as A Plus, founder of The People’s Project political party has used the infamous sakawa boy’s tag in referring to President Akufo Addo.

The tag ‘Akyem Sakawa Boys‘ was introduced by NDC flagbearer John Mahama at the beginning of his campaign in what he described as bogus implementations by Akufo Addo and his ministers as a mirage to cover the huge amounts of money been looted from the public coffers.

A Plus, at his campaign for a peaceful election which was held at the TPP’s headquarters yesterday, advised the youths to stay away from violence before, during, and after the election as endangering lives for someone’s political position will do them no good.

Speaking further on the two big political parties in Ghana, A Plus affirmed that the New Patriotic Party is a very good political party, however, the people leading it currently are using the party’s name to fight for their gains despite the numerous Ghanaians lacking basic amenities.

He insists on voting for the right person come December 7th as the current rulership is all about themselves and nobody else.