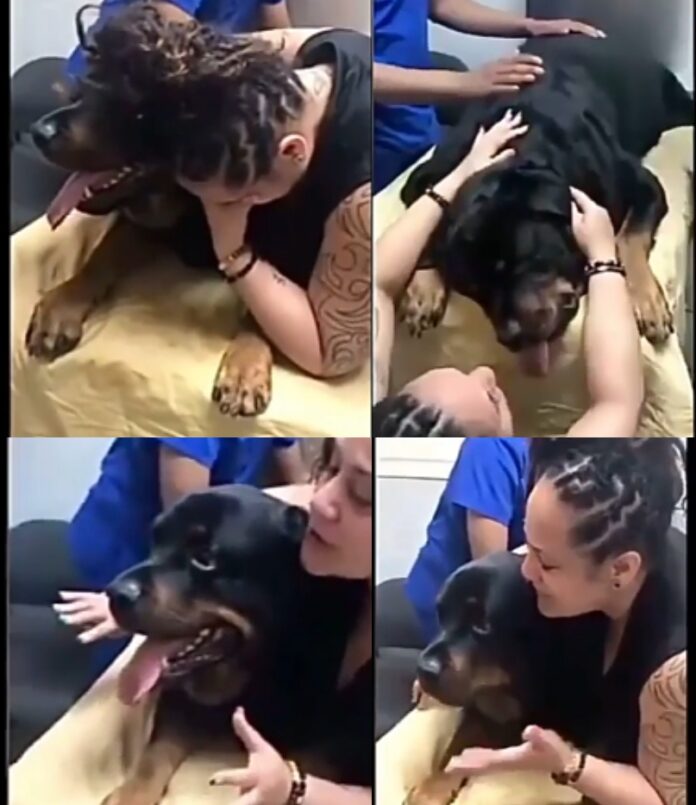 Dog pet to most people is more than a friend because of the belief that dogs that take bribe nor believe anyone apart from their owners.

It is with the saddest heart and blubbering for many to see their pets exit after being part of their daily life – more than friends.

A video of an American woman who loses her pretty dog to the icy hands of infections spurs a moment of silence among other dog lovers who apparently can’t stand the moment of seeing their dog pass within seconds.

Per the video, the sick pretty dog had her share of the fight with the deadly dog infection but had to gently give it up at the last money of the fight where it couldn’t endure the treatment period.

A pack of comment revealed how pained some dog lovers can be when they lose their dogs – a reason the animals is the most loved among others. 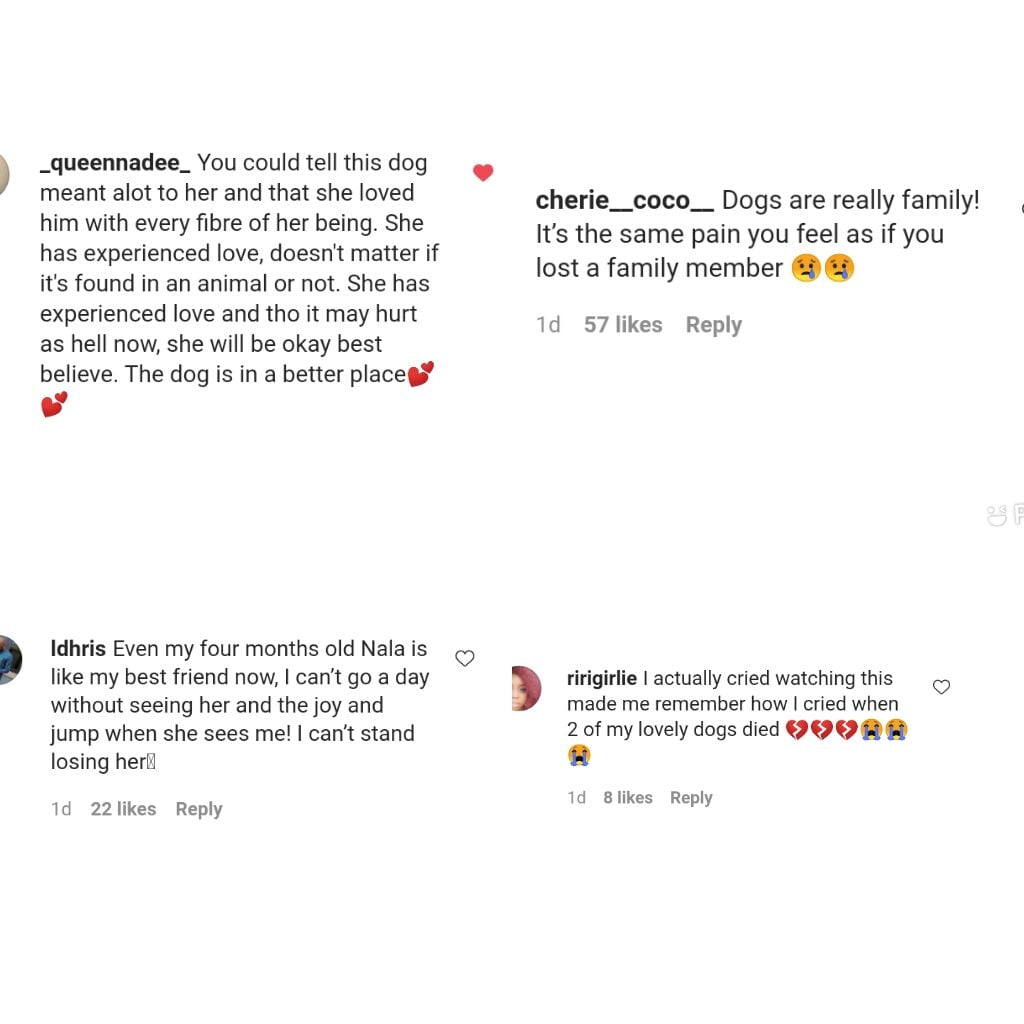