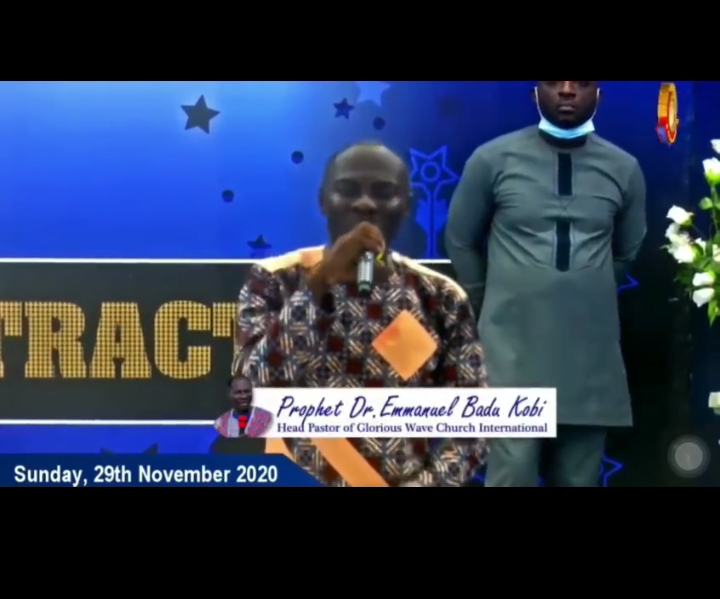 Prophet Badu Kobi has enlisted some adventures that await Ghana in December, a month that will decide the fate of Ghana in the coming years.

Prophecy after prophecy as Ghana heads to the December polls with days to go, Prophet Badu Kobi has added his.

It is a cocoa season for those who speak in favor of politicians and political parties as some celebrities have bagged big cash to endorse particular parties and thus influencing their fans to vote for those parties.

During his Sunday service on 29th November, he assured the National Democratic Congress of a win of 52.3 percent of total votes among other prophecies.

He also claimed to have seen tragedies for the New Patriotic Party in December including trying to rig the election among others. Listen to the prophecies: