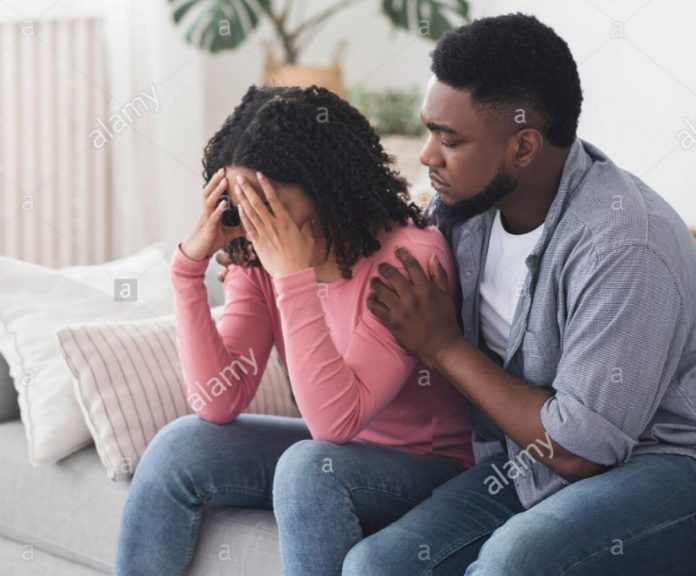 A beautiful relationship of 4 years is headed for the rocks after fiancee found out her boyfriend may not marry her because of her tribe.

Trouble began after Alfred introduced his finacee. Miracle to his parents as his colleague and not as his girlfriend.

Miracle then insisted to know why Alfred introduced her as a colleague and got the shock of her life.

According to Alfred, his fiancee’s tribe doesn’t “sit well” with his parents.

Miracle’s heartbreak became even worse when Alfred told her that Alice, his ex girlfriend is also part of the problem.

According to him, Alice has been visiting his home and his parents still think they are dating.

Informing them that he no longer dates her would break their hearts Alfred revealed.

He however promised to find courage and talk to his parents about it at the right time.

Meanwhile Miracle who told Alfred her tribe on their second date is disappointed that he kept the tribe saga away from her for 4 years.

Miracle then told Alfred that it would be difficult for him to find her type again if he ever loses her to tribalism.

Read the full WhatsApp conversation between Alfred and Miracle as shared on Twitter by @postsubman below; 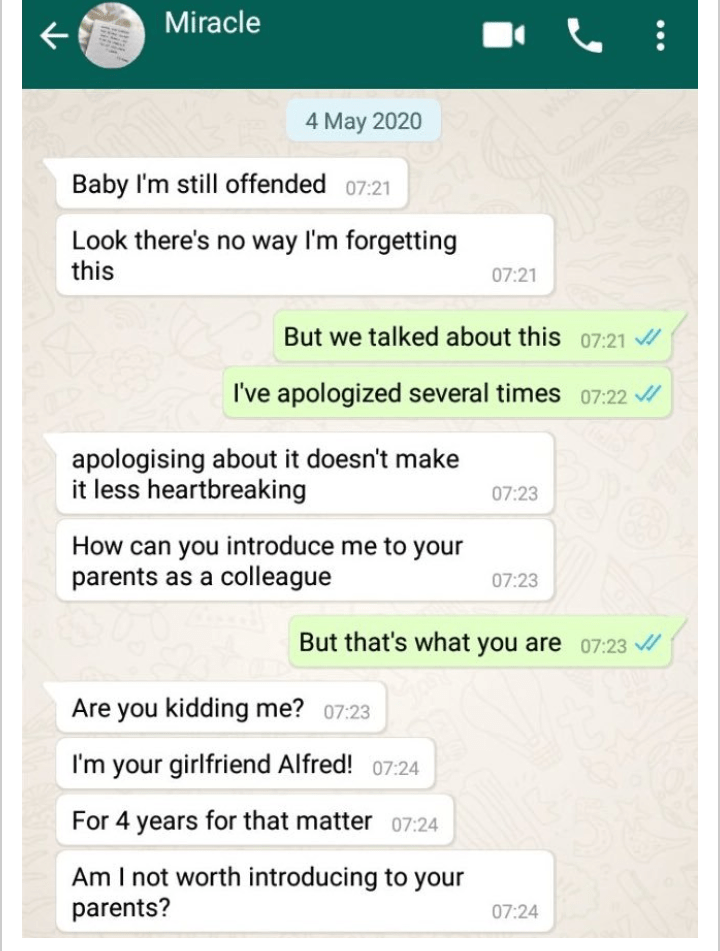 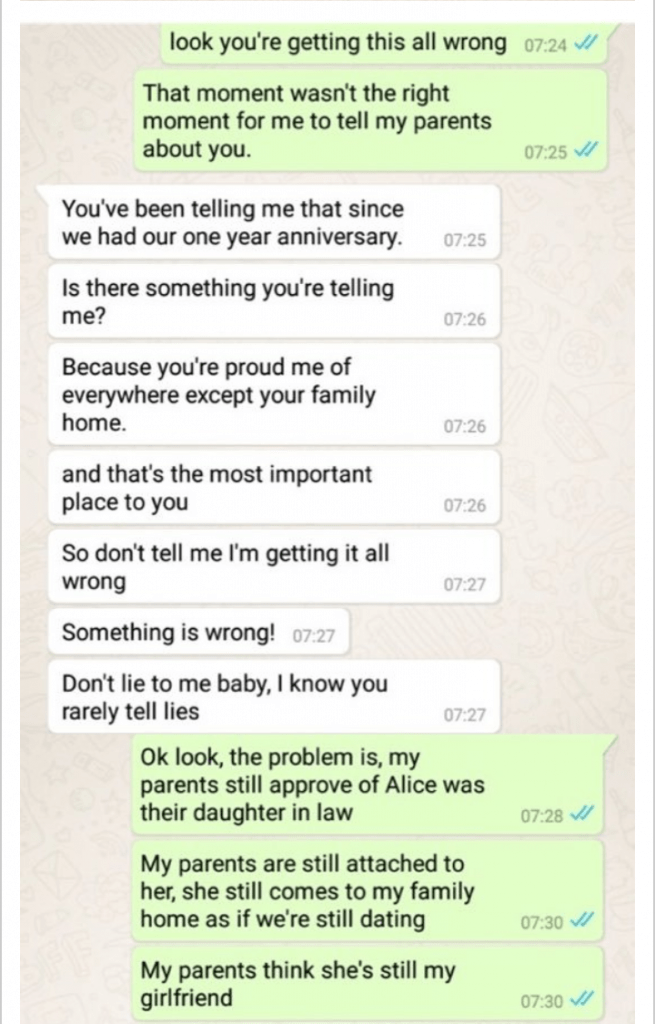 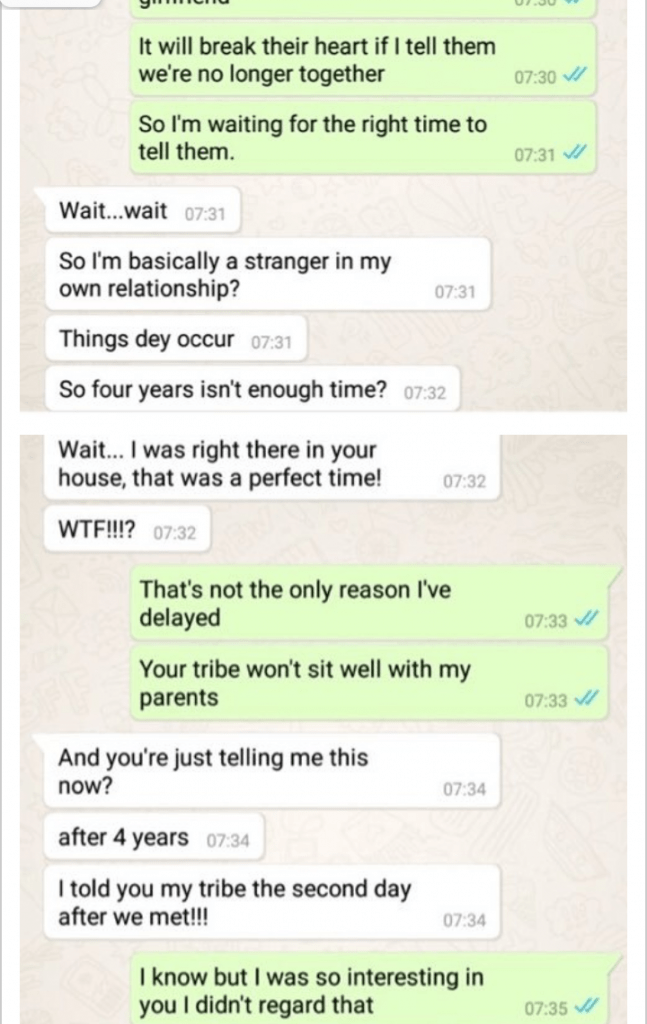 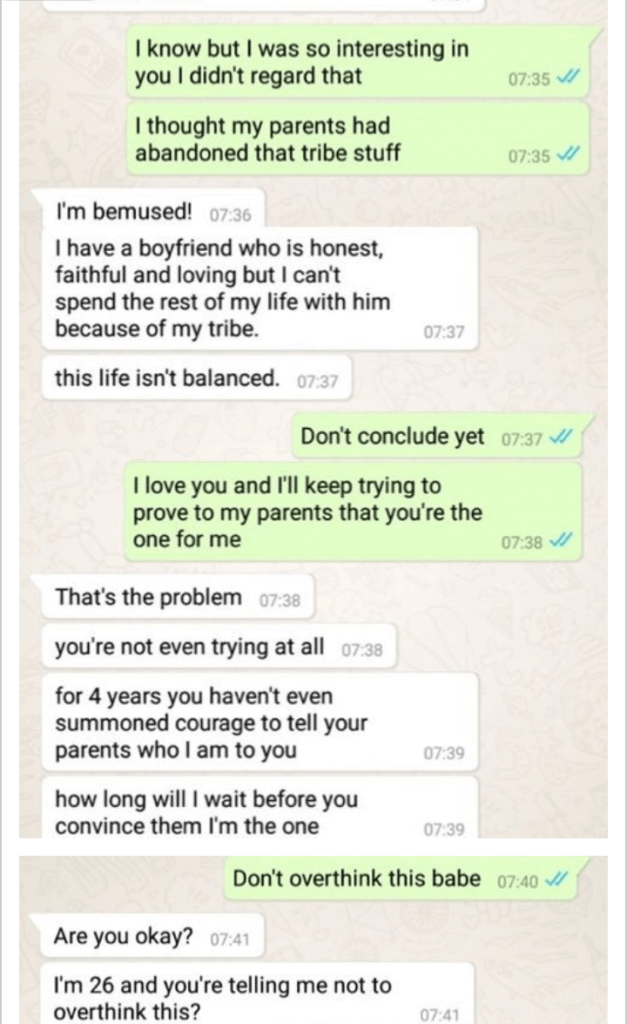 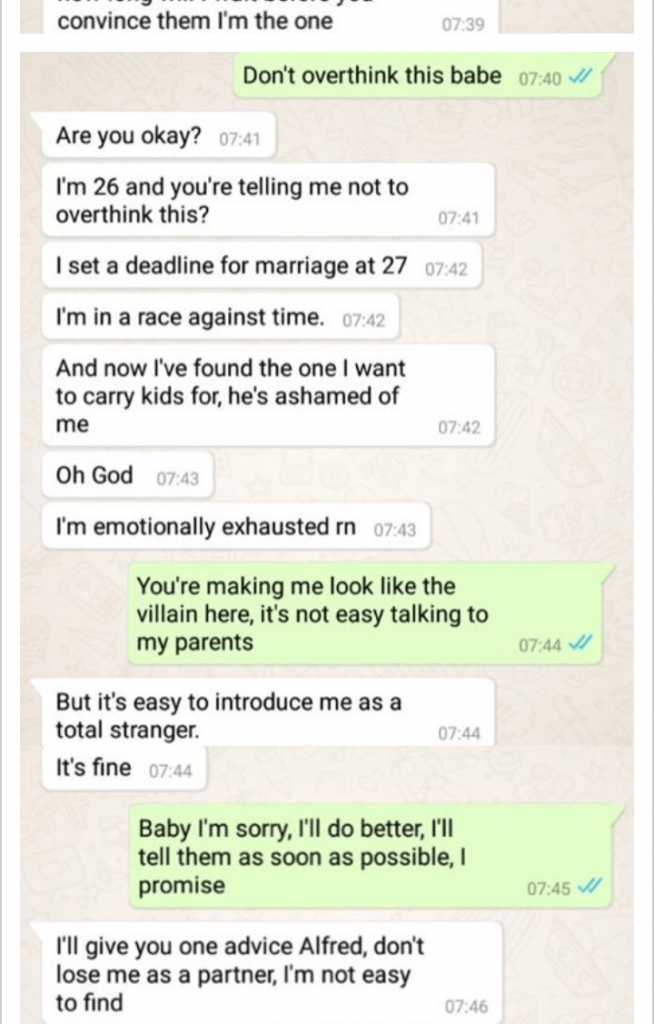 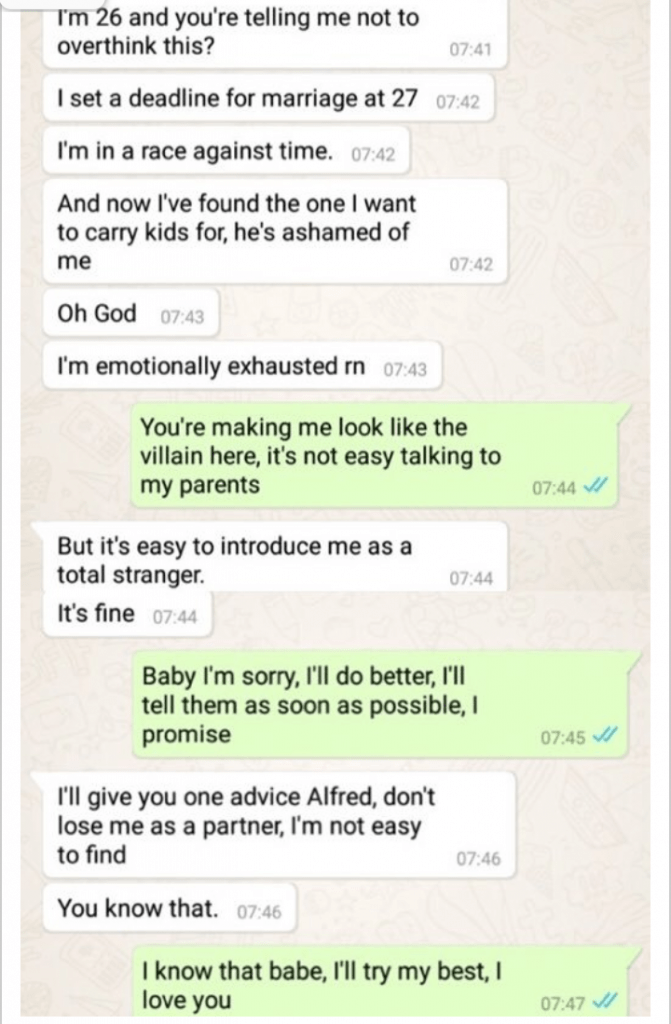 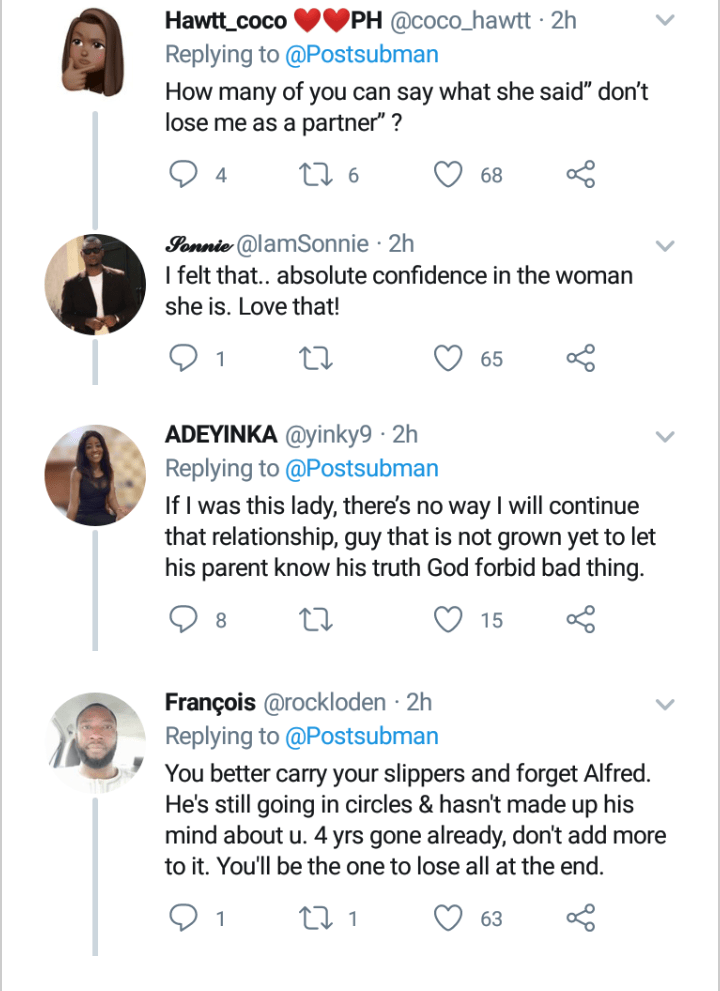 Man Gets Free Indomie 6 Months For Returning N1.8m Found In One Box

‘I Owe No N!gga A Tight Pu$$y, If You Can’t Swim… Slay Queen Declares