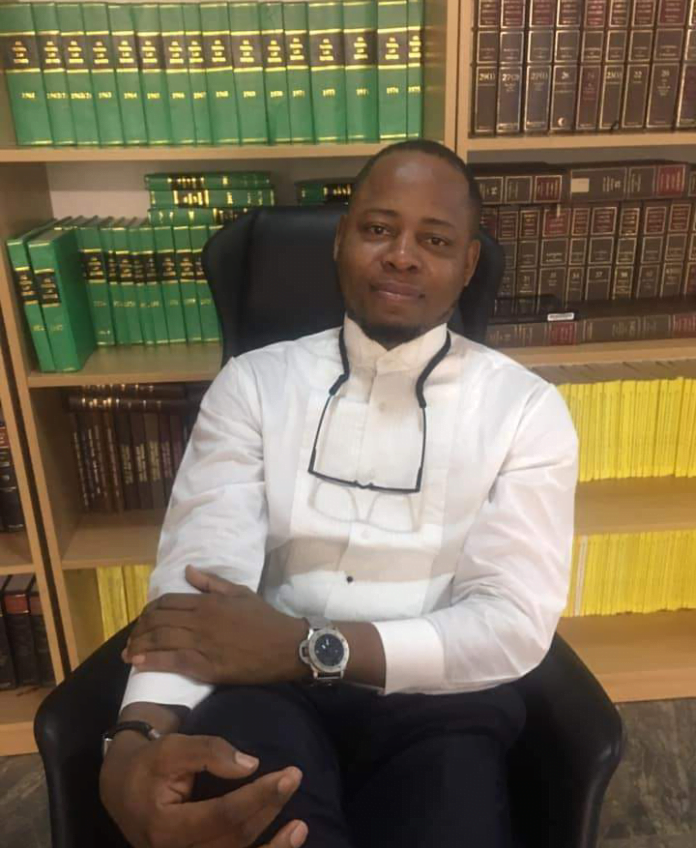 A Nigerian lawyer identified as Arinze Amobi has revealed the type of woman he would prefer to marry when presented with two options.

Arinze said he would rather marry and spend his life with an illiterate woman who is teachable, respectful, and submissive than spend a day with a disrespectful literate

According to lawyer Arinze, who to his Facebook page to make the post, noted that most faithful men will agree with him on his assertion. 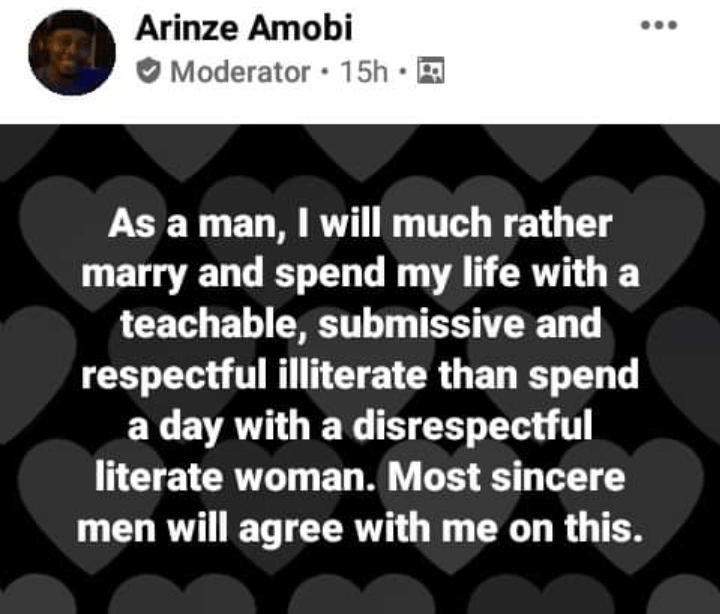