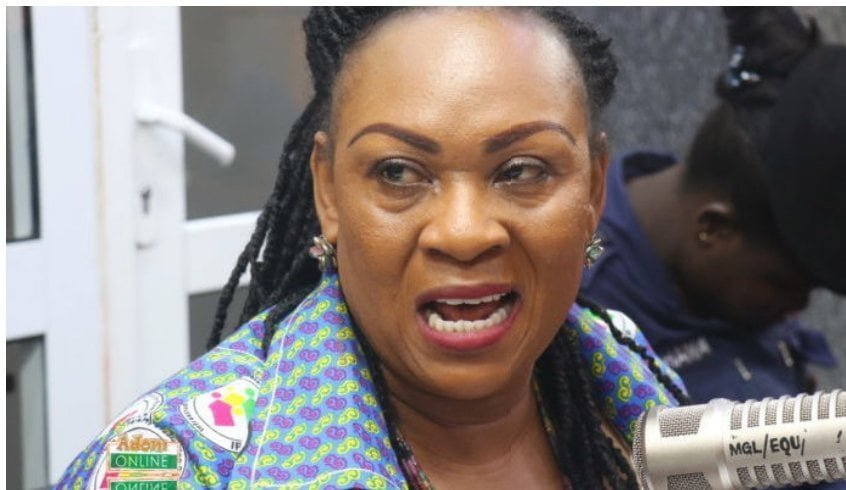 Minister of government special initiative Hawa Koomson has been reportedly arrested at her Central Region residence.

A joynews report has it that, the Minister for government’s special initiatives, Hawa Koomson has been arrested by the police following the incident that occurred at a registration center in Kasoa.

The Minister was earlier reported to have openly fired guns at registration center causing fear and panic; an incident she admitted and quoted self defense as her reason.

This was followed by series of criticisms with many calling for her arrest and resignation and also mounted pressure on the president to sack her if she refuse to resign. Among the critics was the most revered Professor Asante who thought her act as dishonorable.

The reports stated that, the Minister who doubles as a member of parliament for Awutu Senya East Constituency has been arrested in the Central region.

Hawa Koomson Is Not Moving An Inch.