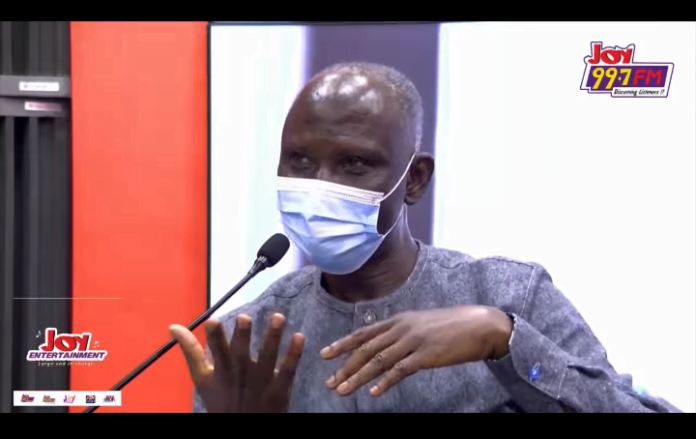 Playwright and motivational speaker Uncle Ebo Whyte has seconded the infamous believe of Ghanaian socialite Twene Jonas and Loud & Silence radio presenter Kelvin Taylor that there is too much foolishness in Ghana.

On A to Z Showbiz with George Quaye on JoyFM, the author revealed that Ghanaian society makes life unbearable for young ladies who are spinsters when young men [ bachelors ] are allowed to go around striking is a sign of foolishness.

According to uncle Ebo Whyte, that one is just a sign of Ghanaians’ gyimie.
It is interesting how the veteran playwright was able to meander his words through the statement by alienating to how spinsters are treated in this country after stating clearly that ‘a nation this blessed cannot b thus poor unless gyimie dorso” perhaps he doesn’t want to waver into politics on a showbiz program uninvited. Because I can see a nation’s poor state resonate with how spinsters are treated.

Meanwhile, Twene Jonas and Kelvyn Taylor are the main carriers of the word in conveying their messages to the leadership of the country that seems to be careless about the citizens.

You Can Go To Court – Nana Akufo Addo Tells…