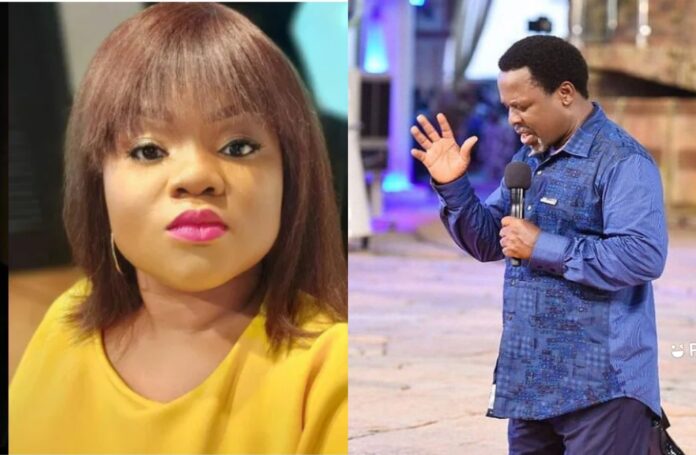 Obviously, it’s not everyone who has been gravely affected by the demise of famous prophet and televangelist, Temitope Balogun Joshua (TB Joshua).

One of them is Sandra Sopuluchukwu Ezekwesili. The Nigerian broadcast journalist and media personality slammed the man of God for brainwashing his congregants into clinging to some ‘dangerous’ teachings.

She said the founder of The Synagogue Church Of All Nations (SCOAN), often asked his followers to use anointing oil and holy water to heal them of their afflictions yet he ran to the hospital when he was reportedly suffering from a stroke.

To this end, Sandra said TB Joshua damaged the faculties of his followers with his doctrines which is one of the common denominators that tie Christianity. 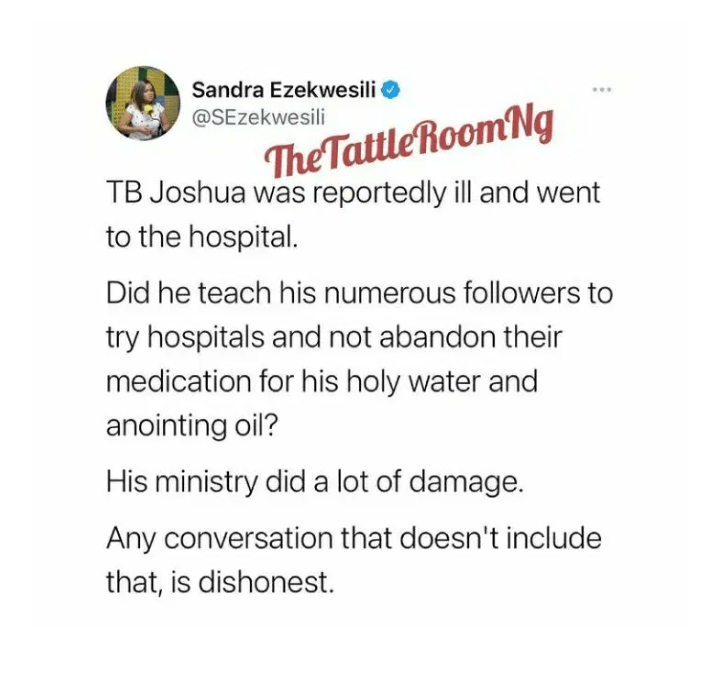