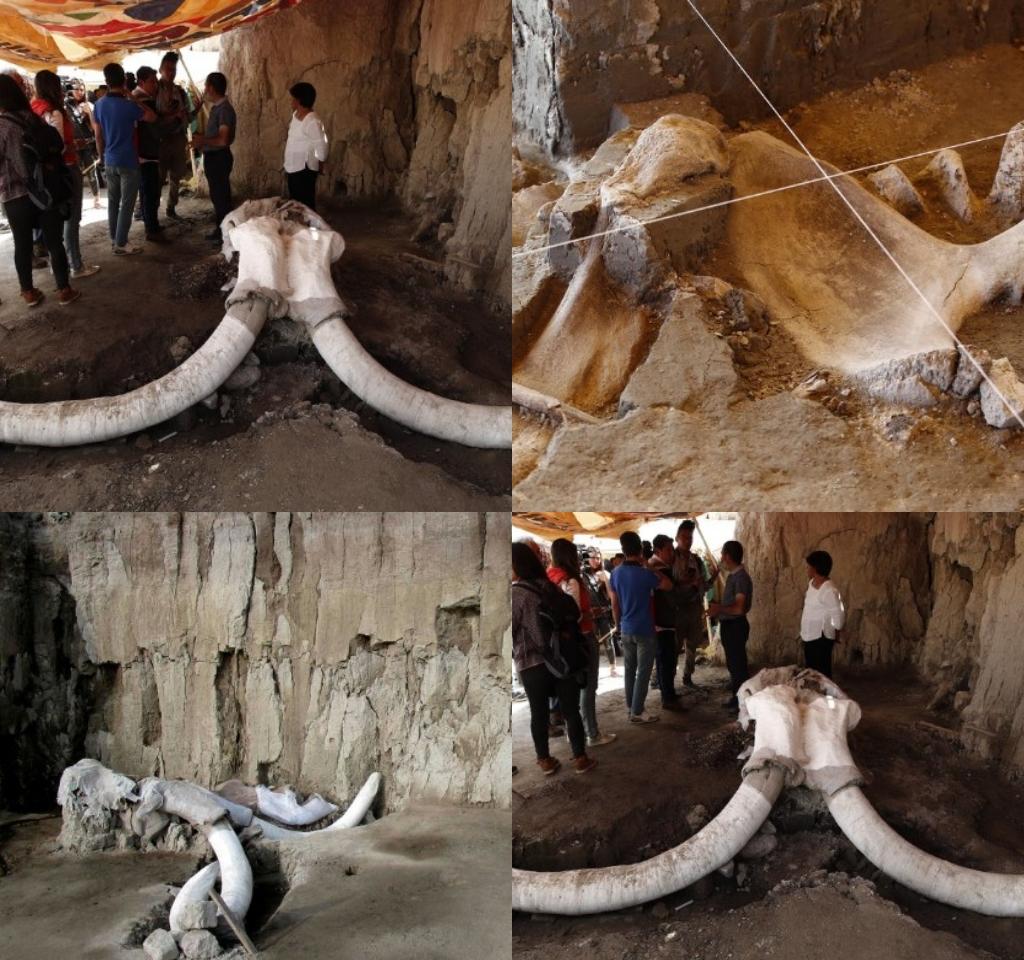 Researchers discovered pits of Mammoth skeletons believed to be over 15,000 years in Mexico, a discovery that shares light on whether humans aided in extincting the animal specie.

According to one researcher, it is a big point in getting to know the relationship between hunter-prey talks about mammoths because the pits settings look good to be a trap to catch the animals.

Read also: Video: Things You Have To Know About Infinix S5

Skeletons of about 14 mammoths were found in two deep pits, each pit about 5 feets deep and 80 feets wide in Tultepec, North Mexico.

Mr Cordoba believes the hunters used to move in groups of 20 to 30 with lights and fires to direct the mammoths into the traps. He said there must be a chain of traps that help in capturing the animals, thus a possibility of discovering more traps.

Adam Rountrey revealed the discovery is an interesting one. He said there are many “mammoth megasites” in America where the remains are processed but there’s always been a debate about whether they are human hunted or natural deaths.

Mammoths, elephant-like animals went extinct about 4,000 years ago, several theories tried explaining the extinction stating climate change which brought unbearable conditions for the animals that also burnt off plant-based foods and human quest for their skin and meat.

Advertisement
Related Topics:Mammoth
Up Next

A Cop Tackled And Pinned A Black Teen With No Arms Or Legs In ‘Horrifying’ Video.

Chinese Man With 9 Toes Had 4 Cut Off.