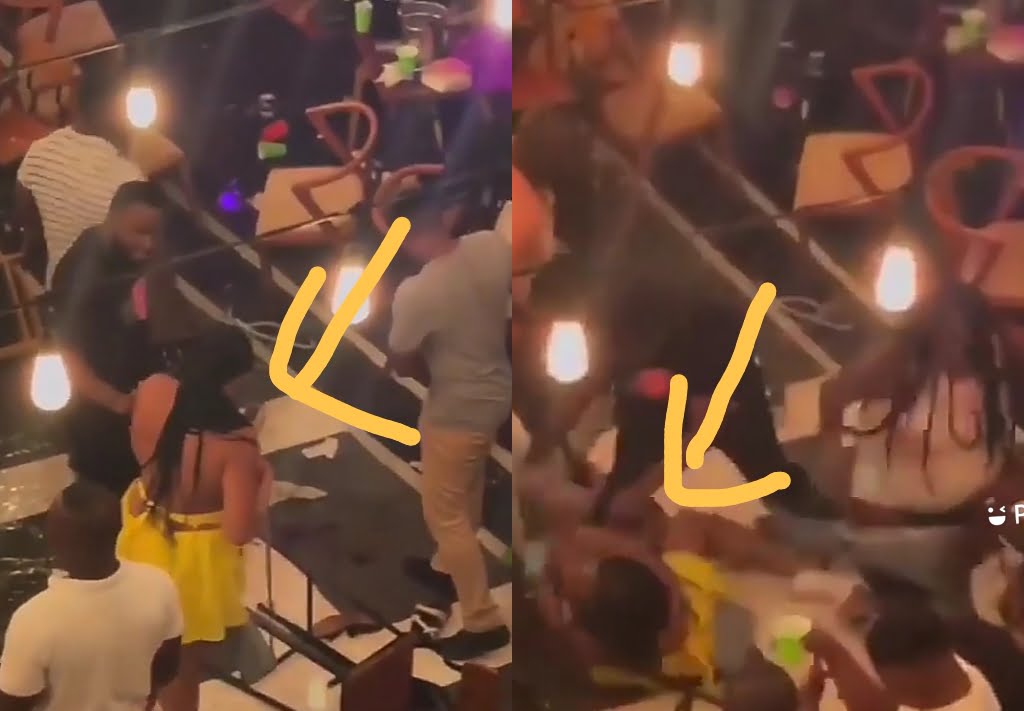 One unfortunate man has received his sad token of what men do women can do better as a lady he went on date with at Bloombar did him dirty.

Per the video seen by globecalls.com, the physically built young lady was dominant during the duel until other men who couldn’t stand to witness their type colleague disgraced by a lady came to his rescue.

Per little digging, a misunderstanding sparked between the two who couldn’t keep control of it and started raising voices at each and it quickly escalated into a fight.

Meanwhile, bloombar is quite becoming a boxing arena as this is not the first time a brutal fight erupted between individuals at the bar. Notable among them was that of Davido and Burna boy which happened earlier this year.

As more info and update are bound to be revealed, we will keep you posted on the later issues. Watch the video below and follow our IG page.

Advertisement
Related Topics:Bloombarlady
Up Next