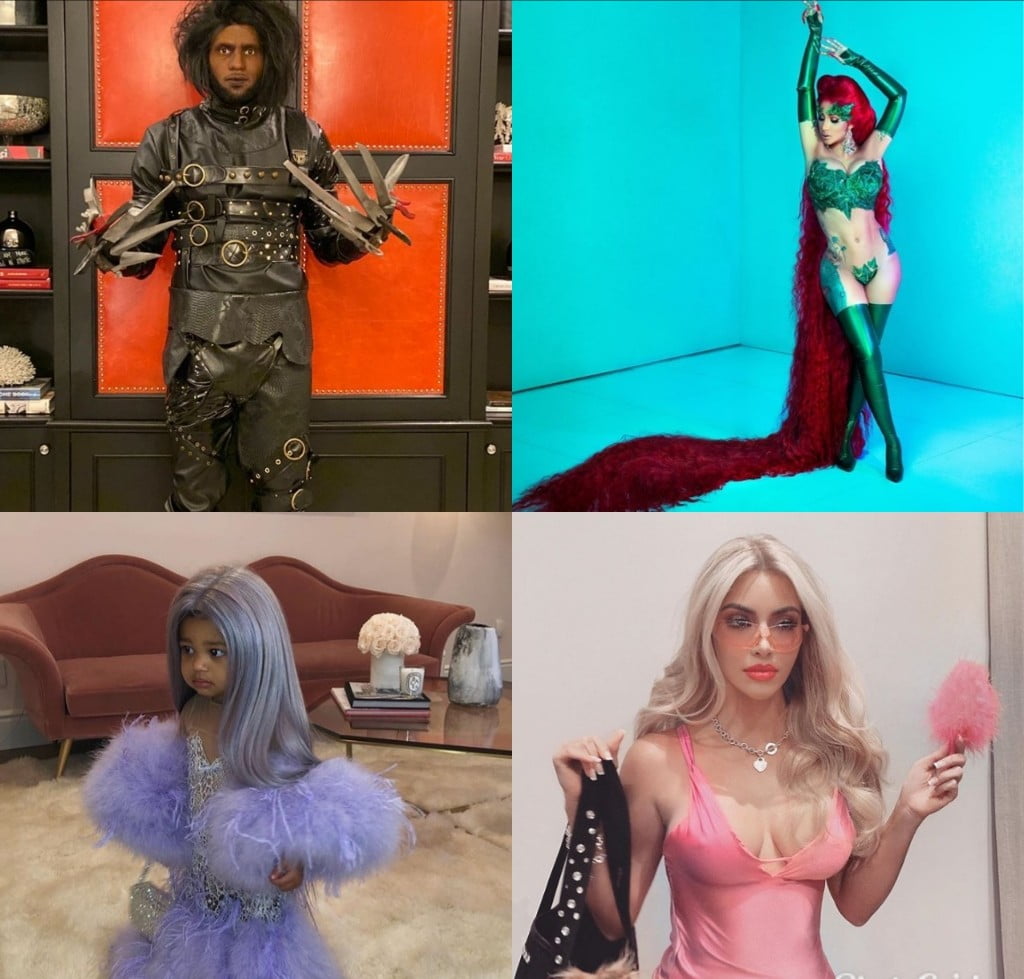 The Halloween is celebrated a night before the All Hallows Day [ All Saints Day ] as a holiday prior the main event on every 1st November, and it has taken place all over the world [ Western Christians] and non- christians.

This year’s got more attention as more superstars and celebrities enjoyed the holiday in their scariest Halloween costumes.

Kylie Jenner who dressed up her little daughter quite more catchy than herself has been celebrating the holiday pretty much nonstop.

Ariana Grande couldn’t let go as she pulled up in her costume with a face-melting look from an episode of a twilight zone from the 60s called ” Eye Of The Beholder”, a character who went under a lot of plastic surgeries to look more normal but she ended up scarring her millions followers on the gram.

Ciara and her lover Russell Wilson portrayed Jay-Z and Beyonce. Ciara’s imitation of Beyonce is very much on point as well the husband to Jay-Z.

And then LeBron James pulled the scissors fingers with wigs.

Whiles the rapper turned Preacher Kanye West couldn’t pulled through this time around, his wife Kim was on point.

Finally but not the least, the best female rapper in the world at the moment. Cardi B came through as a batman villain.

All other celebrities were on point as well but the only one that world misses is that of Kanye West as his previous year’s are circulating on the internet in remembrance of him.

READ ALSO: Video: I Will Take 10 Girls To The “Drip” At Edemfest – Edem

Video: A Lady Tattoos HIV+ On Her Private To Affirm She Has The Virus.

Video: I Will Take 10 Girls To The “Drip” At Edemfest – Edem