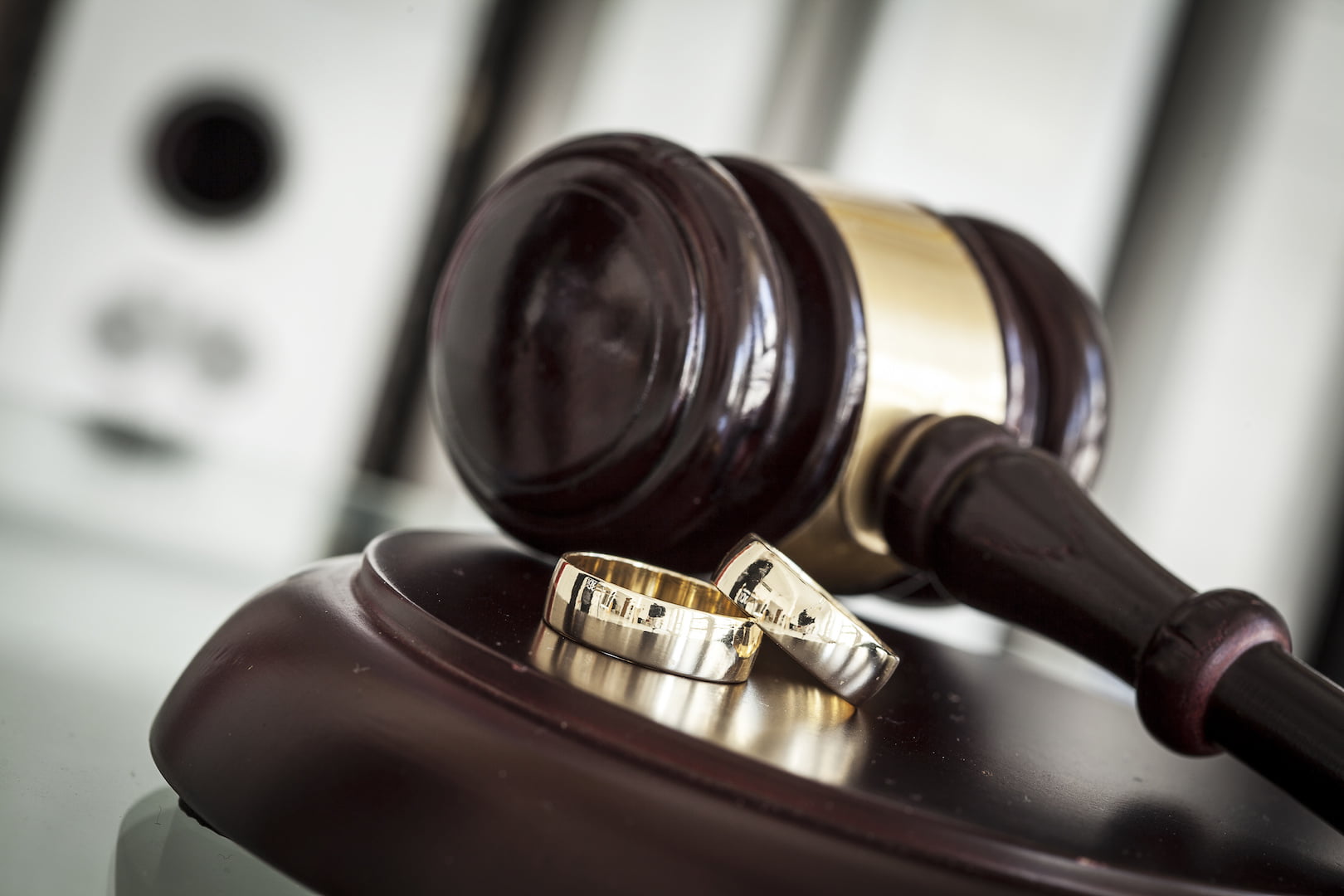 Sequence 3
As it turned out, Liz broke Frank’s heart when she found love with Tony.
Frank ranted and raved and threw the most hideous of tantrums, but then when a lady’s heart was carved in the stone of love, nothing could move it, and so Liz remained resolute.
Her family, though, was another problem altogether.

Liz was the last of five children.
Two older sisters – Stacy and Lindsey – came first, followed by two brothers, Allan and Sloan.
Her father, Jake Baidoo, was an industrialist, and her mother, Sandra, was a surgeon; they were rich.

And then there was her grandmother, Cecilia, and her aunt Grace.
All her siblings were married and had children.
The arrangement had been for her to marry Frank, who came from an affluent family. Breaking up with Frank, and bringing in the poor Tony had been a major war in the family.
They all rejected Tony!

The only one who accepted the boy was her aunt, Grace.
Now, Grace had a history.
Growing up as the first of her parents’ five children, she had rejected the man her mother chose for her, and she had been denounced by her parents. Grace had married the poor artist she had fallen in love with. Unfortunately, her husband had died after ten years of marriage. They had been childless!

Her mother had not spoken to her again until after the death of Grace’s father. Even then, she was always cold to her daughter. Her other children, Liz’s mother included, had married the men their mother had chosen for them, and so she treated them like golden eggs.
Grace had been the recalcitrant bad apple, and so all her siblings looked down on her. Aunt Grace, as Liz called her, was a teller in one of the rural banks in Winneba.
She was the only one who supported Tony because she believed in real love. All the others called Liz insane!

They threatened her, and her parents vowed to denounce and disinherit her if she went ahead to marry Tony. Those were horrendous times for Tony and Liz; there were times Tony wanted to call it off, but said he would stand with Liz’s decision.
Her resolve was simple: she loved Tony, and would marry him!

After school, her acting career blossomed, and Tony got employment as an IT specialist in a financial institution. Liz was famous and loved, and so she stood by her man, encouraged by her aunt Grace.
Finally, when Tony Siaw was thirty years old and Liz was twenty-eight, they got married. It had been an incredible day, the occasion graced by celebrities.
Her family had been there, but reluctantly.
They had only attended after Liz finally gave in to their request to sign a prenup with Tony.
Well, a prenuptial agreement was basically an agreement entered into by two people, signed and witnessed, and legally binding, before they got married. The prenup Liz and Tony signed simply stated that if divorce happened, each party would keep what they owned, and would not call on the other party to settle any other costs.
Tony signed it, and Liz signed it.

Which meant that if they got divorced, Tony would not get any of the wealth Liz had accumulated. They rented a huge apartment although Liz’s parents had already bought a house for her wedding; because she refused to marry Frank, they did not give the house to her.
Ten years of marriage later, they had two children, a boy and a girl. Boy was Tony Siaw Junior, the girl was named Cecilia – shortened to Ceci – after Liz’ grandmother.
And then, on the tenth anniversary of their marriage, Liz came home, entered the bedroom she shared with Tony, and found him on his back on the bed, and a succulently curvy professional prostitute was sitting on him.

They were both n@ked, and he had an erection.
And the prostitute was working him like no one’s business!
Liz, who had wanted to surprise her husband, had made arrangements for a camera crew, and convinced her family and friends to see her presenting a brand new Mercedes she had bought for her husband on their wedding anniversary.
When they got to the house, she made all those people wait, and then she went with the cameraman to the bedroom where she was sure her husband was.
And, yes, he was there getting his lance oiled and lubricated by a huge-breasted buxom prostitute.

Well, Liz let out a horrendous wail of pain of such diabolic decibels that it brought her parent, siblings, family and friends rushing to the bedroom where the prostitute was trying to hide her face on Tony’s shoulder as Tony stared with almost a calm expression at the people trooping into the bedroom.
After the initial shock, phone cameras instantly zoomed out to capture this scandalous shame. Sandra Baidoo was trying to revive her daughter who had passed out on the floor.
There were screaming and shouts and outraged insults.

Tony Siaw drew up the cover clothes with trembling hands and covered the prostitute’s nudity and just tried as much as possible to shield her even as more people approached the bed to take more videos and pictures.
It was Aunt Grace who began screaming and shooing people out of the room in a frantic effort to control the situation.

Allan, one of Liz’s brothers, slapped Tony with a resounding sound that made Tony’s head spin. He did not know that Tony was a man who was quiet, but never tolerated assault on himself or his family.
He promptly kicked Allan in the nuts, and as the man grunted with pain and began to double over, Tony slapped him with a fist – not his open hand – so hard that Allan’s nose bled as he crashed dazedly on the floor.

This made his brother Sloan mad, and as he rushed forward, Tony bounded off the bed, still n@ked, and jumped down with a crazy snarl that made Sloan stop his rush.
Grandmother Cecilia, though, was a different matter.
Outraged by his rather horrible scandal, and seeing Allan grovelling on the floor, she screamed and rushed at Tony, hurling insults of such crass nature on him that it appalled those who heard it, and some of her terms would later become national slurs as they went viral on the uploaded videos.

But no one – absolutely no one – could forgive him for throwing the old woman across the room like that. Unfortunately, the woman’s head struck something hard and she began bleeding profusely on the forehead.
That was simply unacceptable!

It was not a particularly huge cut, but it did spew a lot of blood that almost covered the old woman’s face, and so the impression it gave in the videos was a horrific wound.
And people hated Tony Siaw for that.

The fact was, Liz was a national hero, an actress of incredible talents who had collaborated with directors across the African continent, and there were recent indications that her crossover to Hollywood, in a Disney movie, was on the horizon. She was expected to be with a man with seeming class, a famous man, a rich man.

The girl was not only talented but also extremely beautiful, a woman who made men rub their necks with desire when they beheld her sumptuous curves and amazing lines!
So, before the scandal, Tony Siaw was a hated and much-envied man; there were famous and wealthy men who would have given anything to be in his shoes, oh yes. He owned a trophy that many felt did not belong to him.
And so, hurting Liz’s grandmother made Tony Siaw the Numero Uno bad man in the country, and hatred for him soared to gargantuan heights after the videos were uploaded online.

Finally, they were able to revive the shocked Liz, and she saw her bleeding grandmother and brother, and in abject tears, she ripped off her wedding bands and threw them at Tony Siaw.
“It is over!” she whispered tragically. “I’m taking the kids, and I’m getting out of this house. The next time you see me would be in the divorce court! You’re such an ugly soul! I regret ever meeting you, you dirty bastard!”
These words were captured in the viral videos, and they were the sweetest words anybody had ever heard in the world.
And to make matters worse, this horrible man named Tony Siaw just stared at her without remorse, without the tiniest inkling of conscience, and this portrayed his true character to everybody watching him.
They left him in his shame.
And so, the scandal raged!
It went global; Tony Siaw went to work a couple of days later and received a letter from his employers.
A letter of termination.
He had brought disrespect to the company with his shameful behaviour, so he had been sacked.
He went to his in-laws in a bid to see his children, at least, and they almost set their crazy Pitbull dogs on him.
A couple of days later, he received legal documents from Mr. Hassan Moshi, the family lawyer of the Baidoos; Liz had filed for divorce and total custody of their children.
A preliminary hearing was scheduled in two days, and he was required to be present with his lawyer.

Advertisement
Related Topics:Novelromance
Up Next

Sequence 4: The Day To Divorce Tony

Sequence 2: The Day To Divorce Tony