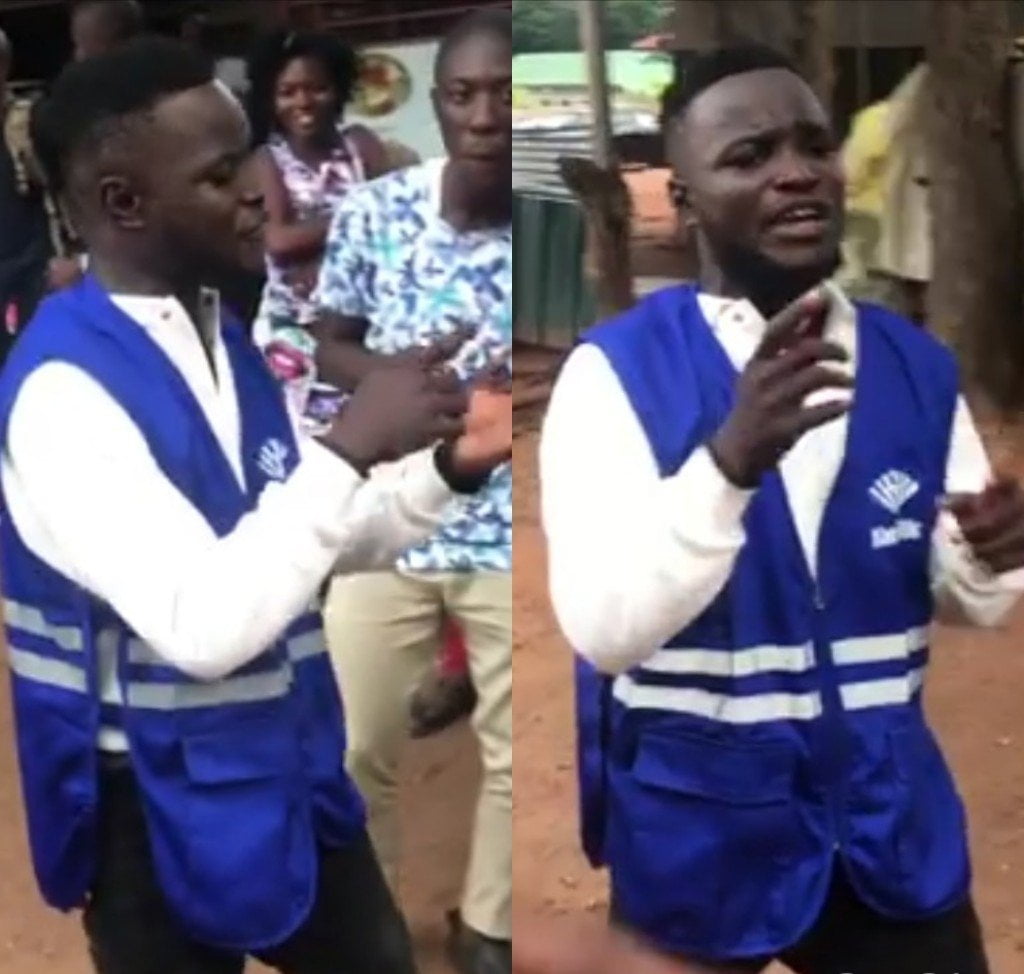 Celebrity Fan Milk seller , Mr. Lucas revealed he has been robbed together with a friend with whom he stays by unknown group of people.

Mr. Lucas who always sing for his customers as a way of entertaining them became an internet sensation after most of his fans or customers fell in love with him thus sharing his photos and videos on the internet.

He was spotted at the performing at the recently ended Sarkodie’s This Is Tema outdoor show which received a huge turn out.

After the show, Mr Lucas, the celebrity fan milk seller went missing for about a week only to be back with the sad news of been robbed.

When grace locates you,this how it looks like .Armed robbers tried to keep me away from my lovely fans by coming to rob @dbeegh123 and myself at home .Big shame to all armed robbers, @fanmilkseller is back .I miss you all ..Big ups @sarkodie

The shocking revelation made his lovers wonder how much he has made so far to attract armed robbers?