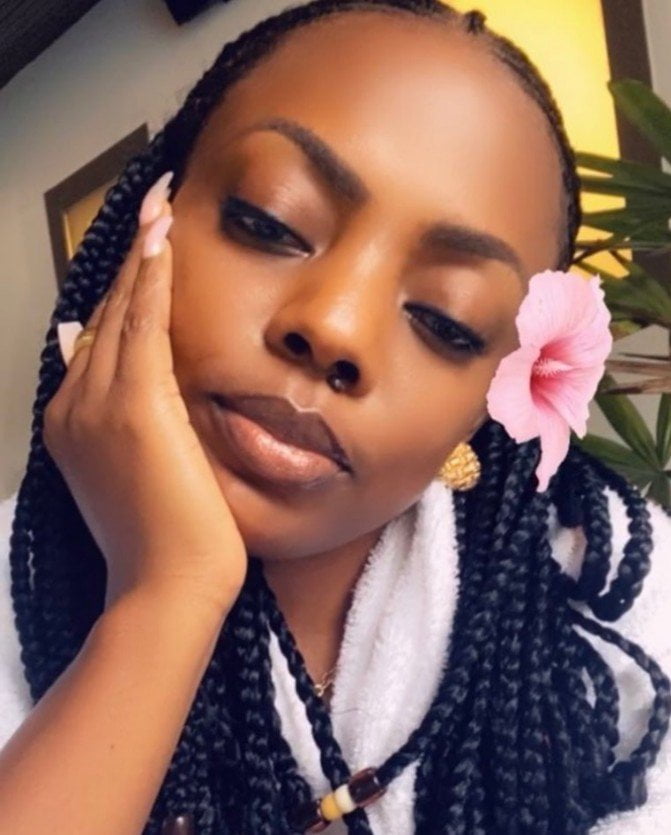 Nana Aba Anamoah blasted a man who is an NPP supporter for trolling her over the comment she made about the President’s speech in the Volta Region.

Nana Aba has been trending the who day over his comment on the president’s incompetent talk during his two days tour in the Volta Region where the president failed to give account of things he has achieved as a president in Volta Region but rather attack the predecessor John Mahama.

Her comments went haywire as social media users couldn’t stop talking about it.

Though Nana Aba didn’t declare her support for any political party but was, she definitely had stepped on the toes of some die-hard NNP supporters for criticising their ‘Almighty’ President.

On GHONE TV Nana Aba advised the president to stop telling Ghanaians about what Mahama do and didn’t do but rather tell them what he has achieved as a president.

A social media user with the name Nana Ansah Obofour couldn’t take it easy on Nana Aba as he tore her apart in a tweet saying ” See dis useless and hopeless Mahama photoshop girl too, she will not find a responsible man and marry to be a useful wife, but move around sleeping with her colleague women’s husbands for money, allow your son go see his father so he won’t be a bastard…… ”

The comment eventually got to the targeted dsitinationation and she replied.

A lot of celebrities and social media users throws support behind Nana Aba for such an educative shot to the president. Whiles it’s a torn to some people, it’s a jabbed to the right point for others.

Read also: Most Kids Are Fatherless Due To Some Women’s Stubbornness – Lady Reveals.