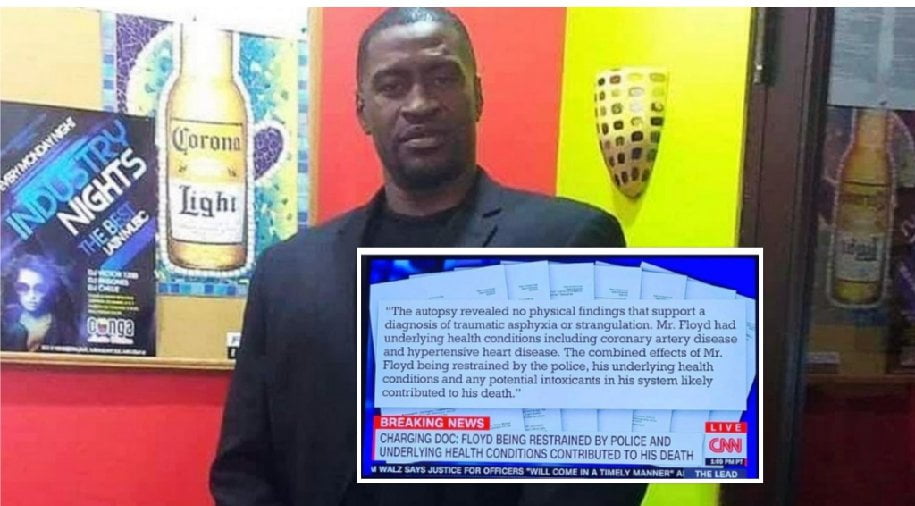 The real cause of George Floyd has been found in an independent autopsy by the family after initial one shows no physical findings to say he died from strangulation.

An independent autopsy, in calling George Floyd’s death a homicide, determined the young legend died of “asphyxiation from sustained pressure.”

According to the report, he died from compression on his neck and back by Minneapolis police officers. Medical examiner hired by the Floyd family said.

Their report differs from the initial one conducted by the county medical examiner.

The county medical examination did not find evidence of “traumatic asphyxia or strangulation.” The official examination underlying health conditions played a role in Mr Floyd’s death.

But two doctors hired by the Floyd family found the death was a homicide, a statement from its legal team stressed.

Dr Michael Baden, a former New York City medical examiner and one of the pair, said at a news conference:

The US and other parts of the world sparked a huge outcry after a video surfaced showing an officer pressing the neck of George Floyd with his knee.

READ ALSO: Autopsy Of George Floyd Has No Physical Cause Of Death?