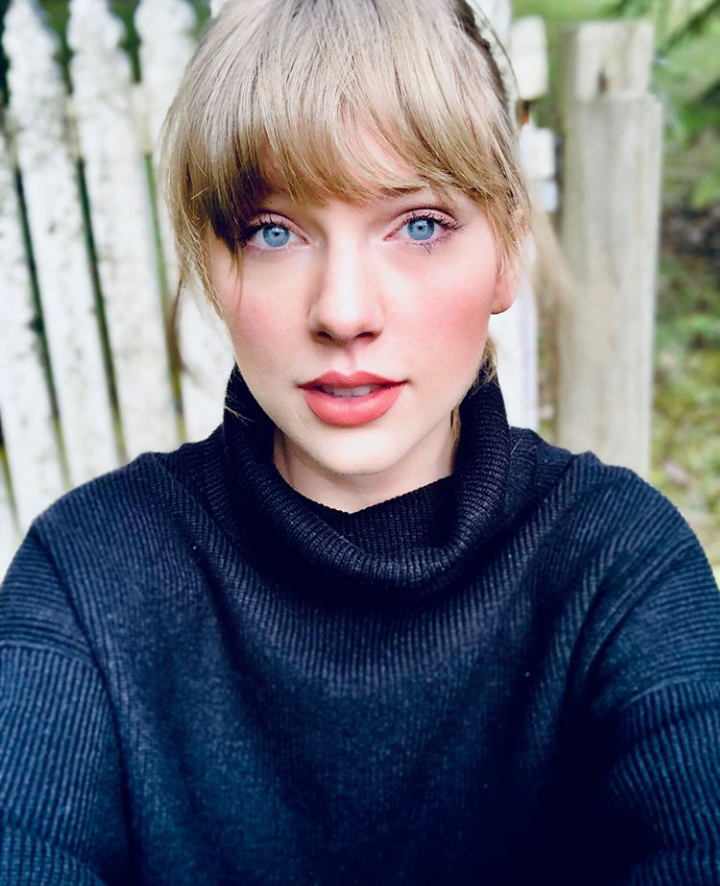 Taylor Swift is on a crusade to rid her home state of racist statues honoring “villains” … and she wants to give them the boot forever.

The singer opened up in a big way Friday, zeroing in on monuments in Nashville celebrating “racist historical figures who did evil things.”
Taylor says it makes her sick that men like Edward Carmack and Nathan Bedford Forrest are honored with statues in Tennessee … she says they are both “despicable” figures who should be remembered and treated as such.

Taylor’s first salvo took aim at Carmack’s statue, which was sitting inside the state Capitol in Nashville until last week, when Black Lives Matter protesters tore it down.

Read also: Graphic: Journalist Sues Minneapolis Police For Shooting Her In The Eye.

Tennessee has vowed to replace the toppled statue — it’s part of state law — but Taylor says it’s a waste of state funds and missed opportunity to do the right thing.

Carmack was a state lawmaker and newspaper publisher in the early 1900s, who published editorials against Ida B. Wells. Taylor says he was also a white supremacist.

Next, Taylor turned her ire to NBF — the Ku Klux Klan’s first grand wizard and a confederate general.

As a Tennessean, it makes me sick that there are monuments standing in our state that celebrate racist historical figures who did evil things. Edward Carmack and Nathan Bedford Forrest were DESPICABLE figures in our state history and should be treated as such.

Taylor calls his statue, which is still standing, a “monstrosity.” She says she’s tired of stomaching ‘Nathan Bedford Forrest Day’ in Tennessee, which until now was observed in the state each July 13.

But, Taylor isn’t stopping at just toppling statues … she says that alone won’t “fix centuries of systemic oppression, violence and hatred that black people have had to endure.”

Taylor says statues honoring folks who “perpetuated hideous patterns of racism” should be retroactively changed from heroes to villains and removed … because “villains don’t deserve statues.” 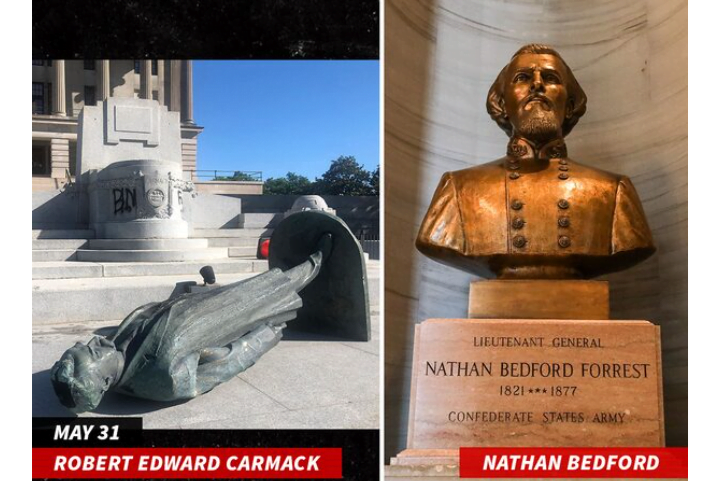 Taylor’s imploring the Capitol Commission and Tennessee Historical Commission to stop fighting to preserve these monuments.

Bottom line for Taylor … “When you fight to honor racists, you show black Tennesseans and all of their allies where you stand, and you continue this cycle of hurt.”

Advertisement
Related Topics:George Floyd
Up Next

Graphic: Journalist Sues Minneapolis Police For Shooting Her In The Eye.