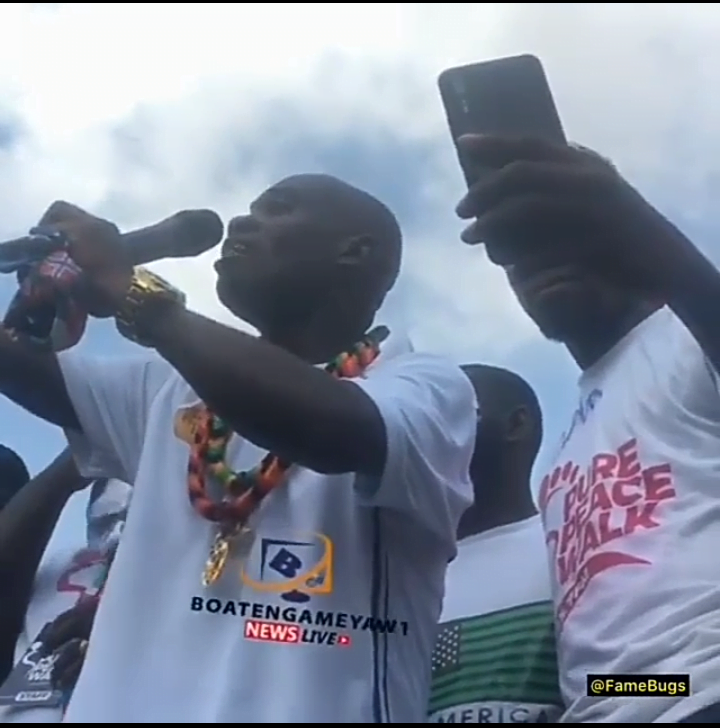 Dr. UN is reminding Ghanaians to ensure that peace prevails as Ghana heads to the polls tomorrow, December 7th.

According to Dr UN, real name Kwame Fordjour, he wants Ghana to remain peaceful so that his next award scheme can run smoothly because the next one will be massive for Kumericans.

Speaking during a peace march organized by Kumasi based radio station, Pure FM, Dr. UN addressing the crowd said: ” We are walking peace, the next awards coming off in 6th March 2021, but first let’s have peace first. The next awards coming is for the people of Kumerica”.

This becomes one few the times Dr. UN has been seen publicly after his arrest about two months ago. The self-acclaimed Global Ambassador for the United Nations (UN), was arrested in Kumasi at the premises of Hello-FM by National Security operatives.

Following his recent infamous awards scheme scam that saw him giving awards to the likes of Sarkodie, Berla Mundi, D Black, Nathaniel Attoh, Professor Ebenezer Oduro, VC of University of Ghana among other top Ghanaian personalities with his awards, it emerged that he jumped his bail condition from his arrest, hence, his re-arrest.

Advertisement
Related Topics:AwardsDr. UN
Up Next