It was the first ever apple tree to grow on a Ghanian soil until it turned to be a specie of fig.

A supposed apple tree planted five years ago at Wiamoase in the Ashanti Region has turned out to be a species of fig.

A Senior Lecturer at the Department of Horticulture of the Kwame Nkrumah University of Science and Technology (KNUST) said the physical characteristics of the tree comes nowhere near apple or even pear.

Dr Irene Idan confirmed this to Luv FM after a reporter there visited the site of the tree in the Sekyere South District to take a sample.

Social media have been awash with excitement about an apple tree bearing fruits in Ghana because the fruit largely grows in temperate regions. 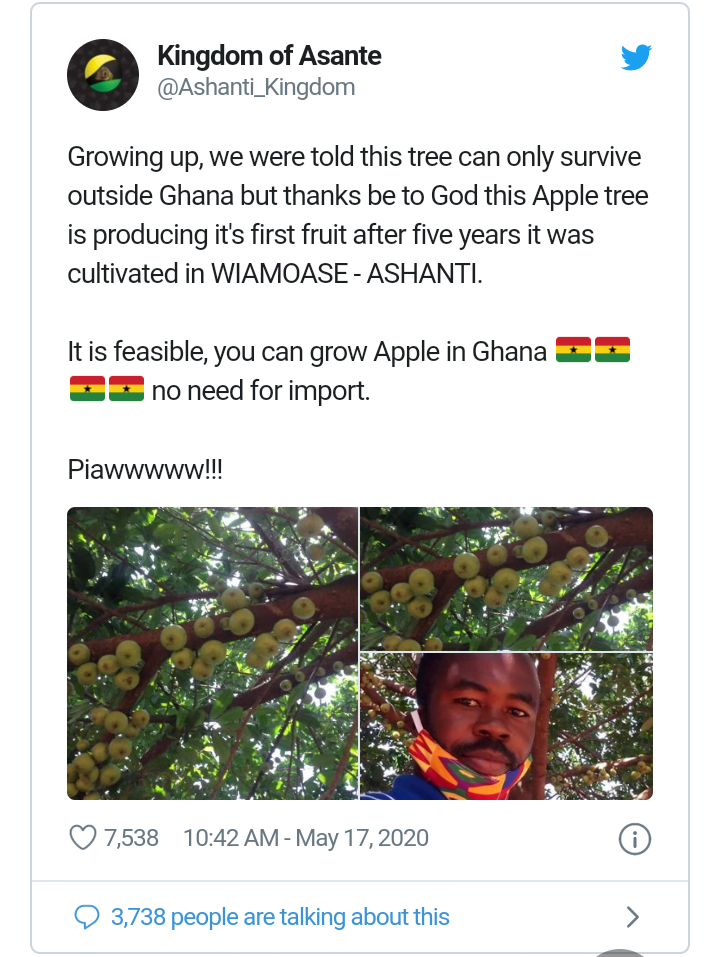 Dr Idan says there is nothing to the excited about in what is available at Wiamoase.

“The leaves don’t resemble that of apples, also the skin of an apple is very smooth but this is rough. When we cut the fruit, its internal formation doesn’t resemble an apple.

“The apple has thick mesocarp with long peduncle with seeds attached to it and that’ll be sitting in the pericarp.”

She says a quick look at it makes it resemble a pear, but the internal formation looks contrary.

“It’s more of a fig than an apple,” she concluded.