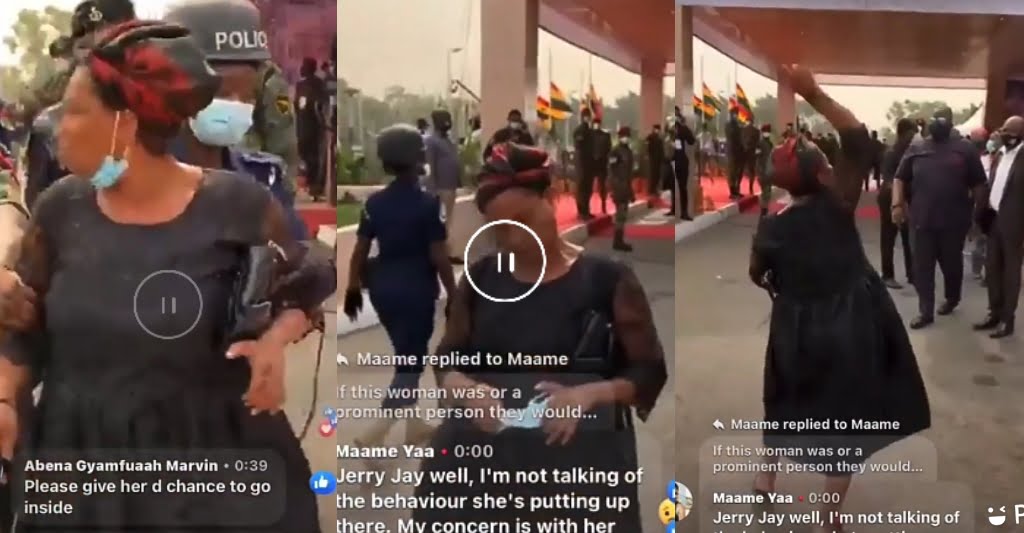 A 52-year-old woman Madam Abigail who bears resemblance with former President Jerry John Rawlings has come out to allege that the former president is her biological father.

In an interview with SVTV Africa, Madam Abigail said she has been hidden from the public eye since she was a child but now that her father is dead, she has also come out to mourn him.

A new video has emerged on social media that sees security personnel preventing her from seeing the mortal remains of the former president JJ Rawlings.

As seen in the video, she was also forcing herself to the foyer but the military and police personnel on the grounds won’t allow her to do so.

Join OUR TELEGRAM GROUP to see more videos and photos