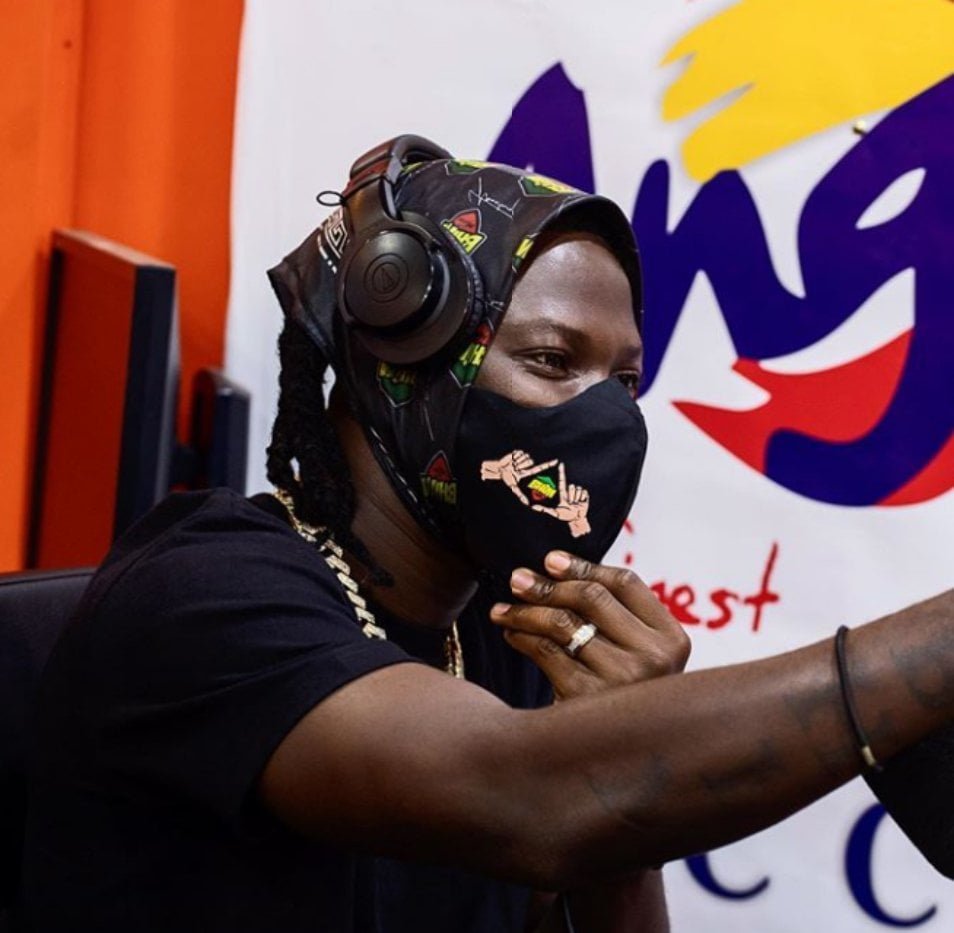 Multiple award-winning dancehall artiste, Stonebwoy has reacted to the many allegations levelled against him that he’s the brains behind the attack on Kelvyn boy at Ashiaman.

Kelvyn Boy in a trending video on social media, was seen launching a new branch of a shop at Ashaiman where he was fiercely approached and got slapped.

Kelvyn Boy has been throwing shots at Stonebwoy on social media platforms. However, it appears that some angry and loyal youths at Ashaiman, (a place where Stonebwoy grew up have not been happy at Kelvyn boy’s attack at their artist).

After Kelvyn Boy was spotted by some Ashiaman boys at the launching of Electro Ghana Limited, a branch at Ashaiman.

He was attacked and slapped by a big muscled bodyguard over his constant attacks at Stonebowy. You can watch the videos here

Reports coming in suggest that the artist was slapped by one of the former bodyguards of Stonebwoy call Kekeli but Kelly for short. Recall that the two artists parted ways after Stonebwoy refused to renew the contract between himself and Kelvyn boy.

Amid this scuffle, the Burniton Music Group led by the ‘Sobolo’ hitmaker has issued a statement to address the issue disassociating themselves( him and the label) in having a hand.

A part of the statement read; “Further, none of the individuals who are alleged to have been involved in the alleged actions have been and/or in, the employ of Stonebwoy”.

Literal meaning from this part of the statement is that the attackers on Kelvynboy are nowhere related with the brand as it has been widely speculated.

Read the full release below. 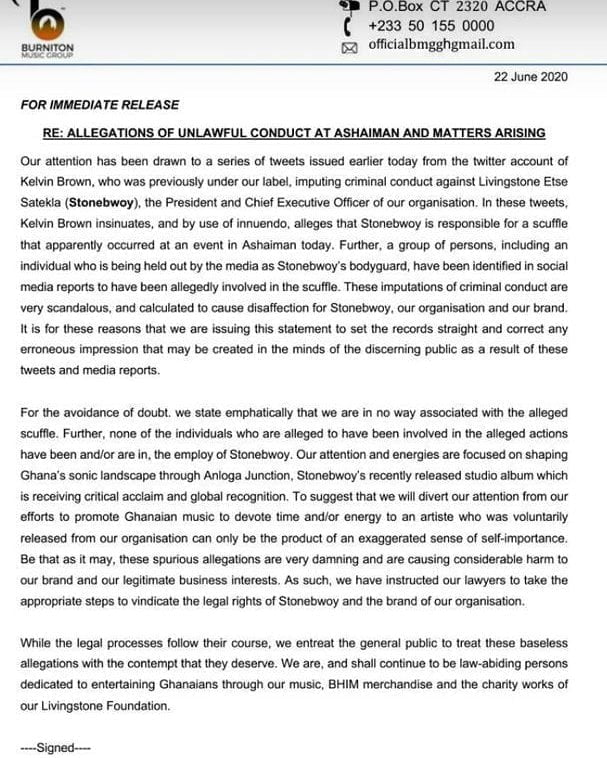 In another related story, Kelvynboy has reacted to the attack on him. He took to Twitter to register his utmost displeasure at what eventuated at the event. You can check his reply to the attacks here.