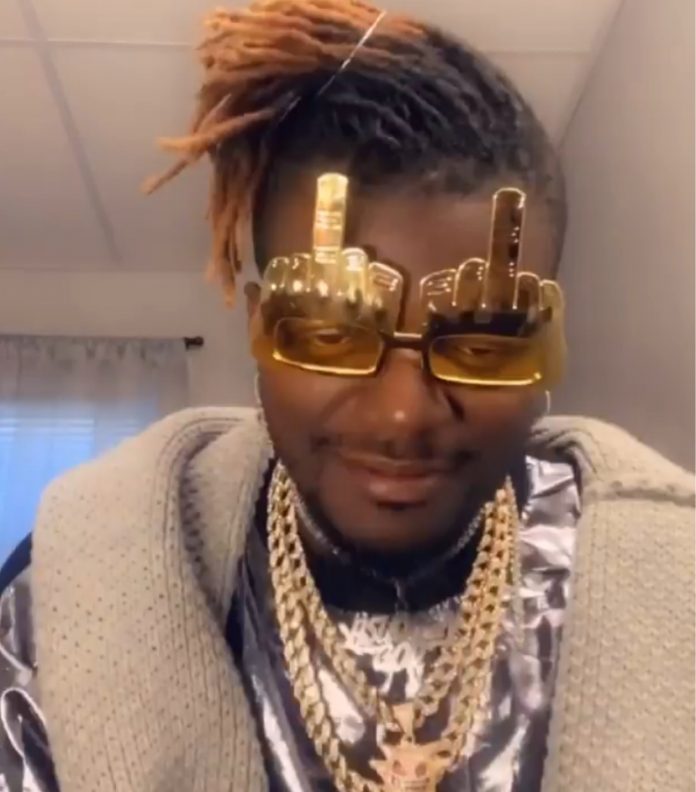 In a Snapchat post, the ‘Maya Tra‘ crooner wrote that someone should tell Kelvynboy to contact him because he wants to give him ‘something nice’ and then show him how to register it at the Police headquarters.

Although he didn’t mention the name of the ‘something nice’, it doesn’t take rocket science to understand that he’s referring to a gun.

Would there be a joint attack by Pope Skinny and Kelvynboy one day on fans of Stonewbwoy any time soon? This question lingers in many minds as Pope Skinny is known to have harbored some ‘hatred’ for Stonebwoy from Shatta wale’s camp.

Asuoden God as he’s also known then added that music is not war but entertainment.

…“Some please please tell Kelvin Boy to link up. I will give him something nice and then show him how to go to the headquarters and register it. So so [stupidity] killing our music industry. Music is not war but entertainment., he wrote on snapchat. 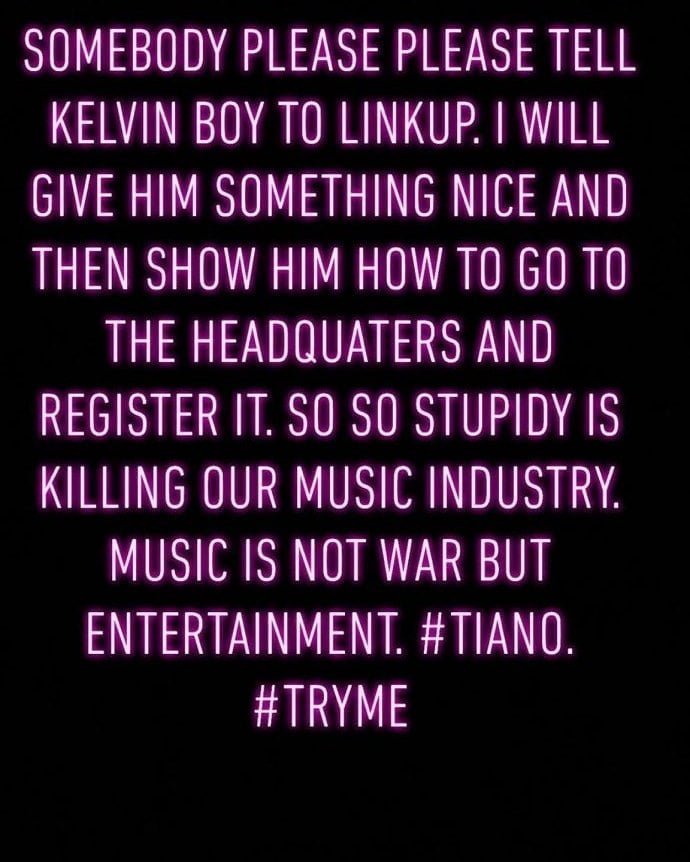