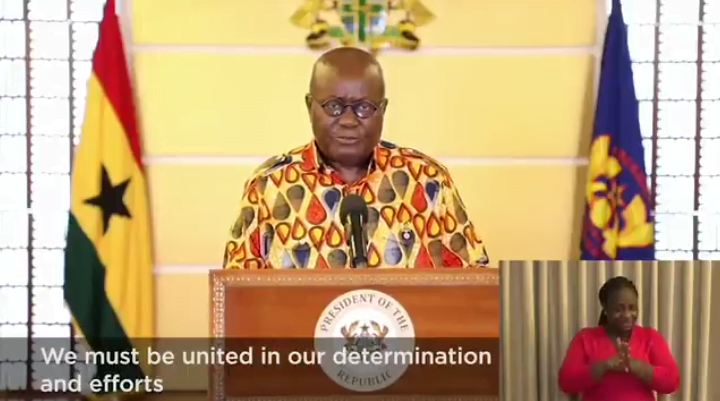 The President of Ghana Nana Addo Danquah Akuffo-Addo has granted amnesty to some 794 prisoners to reduce congestion and probably curb the spread of COVID-19 among them [ if any ].

In government’s bid to reduce prison congestion and also the spread of COVID-19, president Nana Addo has granted amnesty to 794 lucky prisoners.

This is in accordance with Article 72(1) of the 1992 Constitution, which states that the president shall have the power to grant pardons, reprieves, respites or remissions of punishment or to suspend, remit or commute the sentence of any person convicted of any offence.

Convicts who were pardoned, according to a statement from the Ghana Prisons Service include 772 first offenders, 16 very old prisoners and 4 seriously ill inmates. As the biblical saying goes; “ Go and sin no more”

Read the statement below: 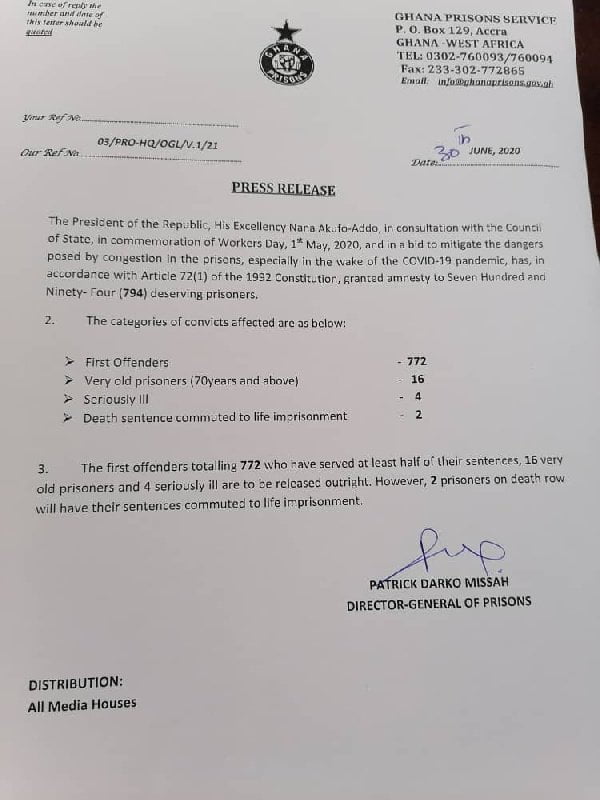 I Will Drag Kennedy Agyapong To Court If He Doesn’t Apologise – Kweku Baako Fires.