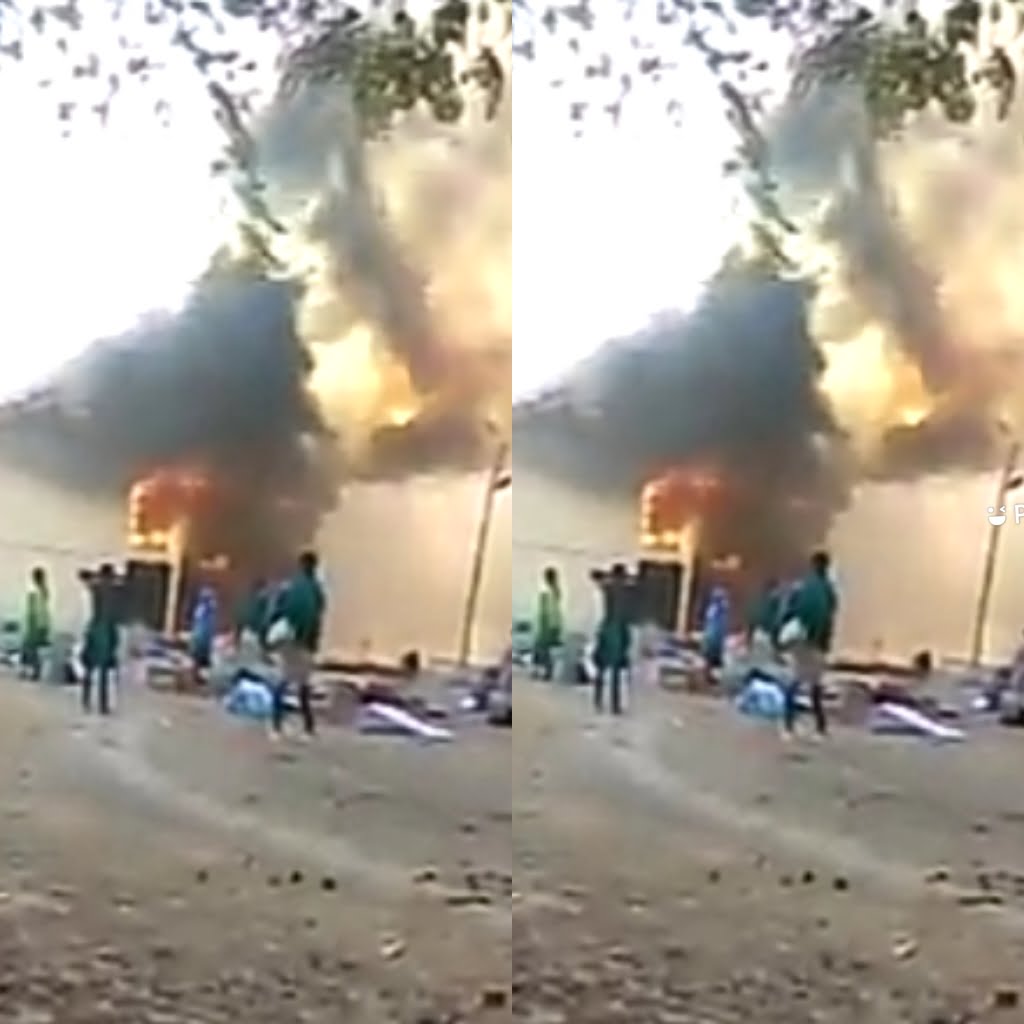 A graphic video report reaching globecalls.com indicates an enormous fire outbreak at Paga Senior High School in the Eastern region of Ghana just a week after all schools were declared open in Ghana.

According to the report, the fire started in the early hours of toady displacing most of the students and their belongings.

The early intervention of the Paga Divisional fire service reportedly saved the school from ashes as they reportedly lost some valid documents, computers, furniture, etc to the ravaging fire.

The source of the fire remains anonymous while there is no record of casualty, reportedly.

Related Topics:OutbreakPaga SHS
Up Next