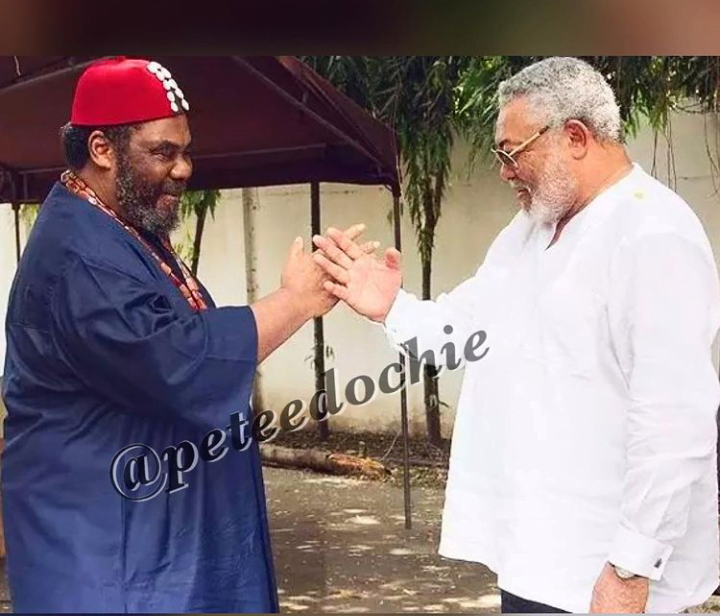 The respected actor who is well known across the African continent for his contribution to the movie industry traced his way back to when he was friends with the former president and how close they were as friends.

He said Mr. Rawlings was a brother to him and his death once again confirms to him that death is the destiny of man.

Peter Edochie said it will take time for him to come to terms with the death of the Ghanaian idol and revolutionary leader.

He added that the two of them will meet again someday when he also leaves planet earth, where they will crack their jokes, hug each other.

The former president died in November 2020 at the Korle-Bu Teaching Hospital after a short illness.