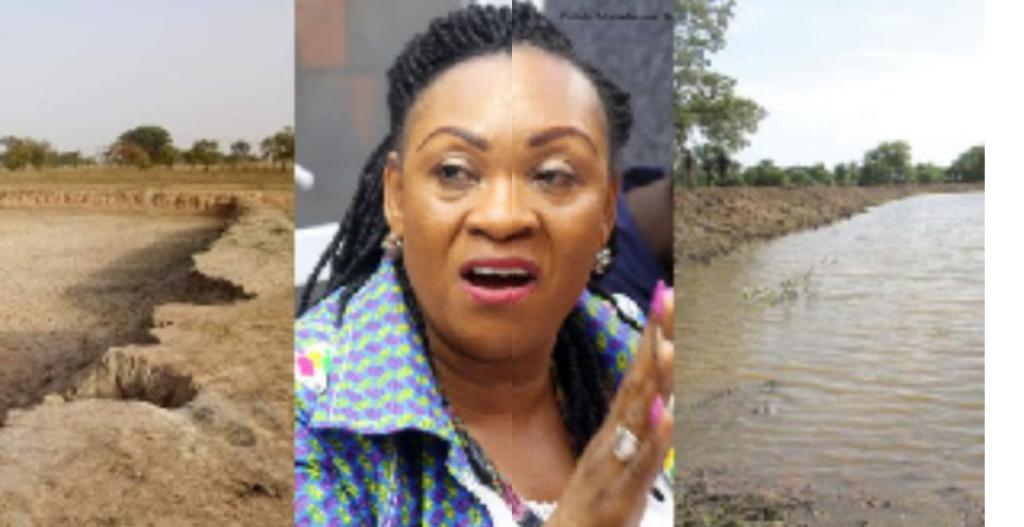 506 sites have been located for the construction of the earth dams in the Northern Region, Upper East and West, North West and Savannah Region with a total budget of 250,000.00 GHC each according Mrs Koomson. MP for Awutu Senya East.

‘….this is the deal for the communities in five Northern Regions and we serve them under all circumstances…” she added

The dams which are reportedly up to various stages of completion were all dried up after only one week of harmattan leaving the users in total frustration.

It was later disclosed that pictures of uncompleted dams are that are circulating are of those taken two years ago at the beginning of the project.

However Mrs Koomson revealed that every government’s plan always encounter difficulties during implementation but this government is on course to fulfilling its promises.

In only Upper East, 83 of the dugouts out of 150 are being constructed up to various levels of completion but are all facing various challenges.