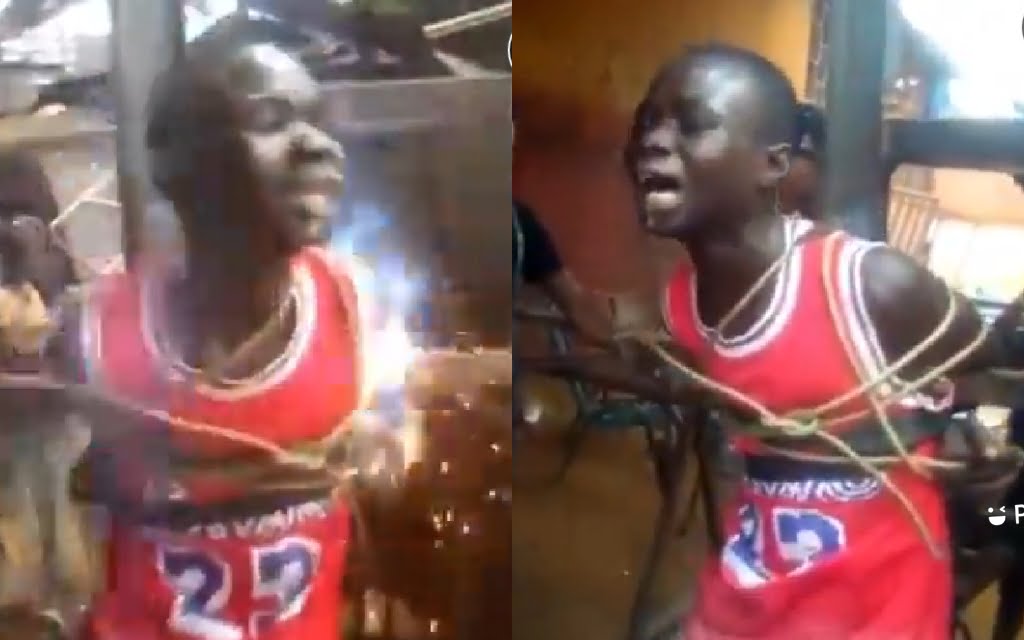 Globecalls.com has chanced upon a heartbreaking video of a young boy being tortured for stealing in Mali by his master.

Detailed reason for the torture couldn’t be stated per our interpreter who happens to be a Malian national but based in Ghana. 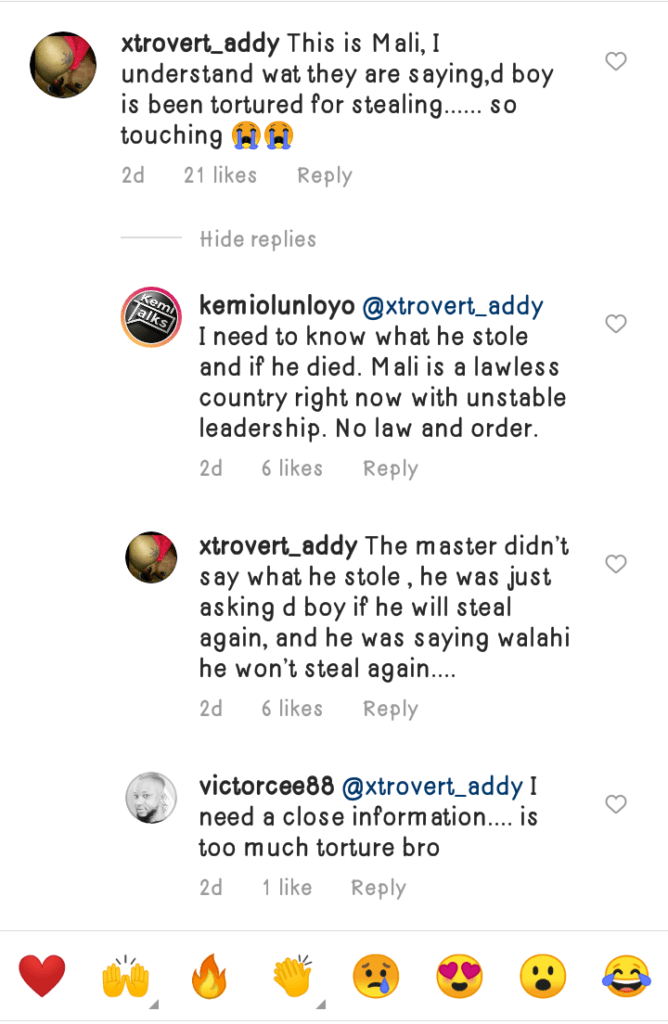 The video has the young man tied tight to a pillar of rods as he was electrocuted to serve as a deterrent to others after he has admitted stealing the said machine that got missing from the workshop.

Meanwhile, two Nigerian top investigative journalists have vowed to have justice served as they believed the boy might have died due to convulsion, and also a better punishment could have been given to the boy instead of being tied to a rod.

Advertisement
Related Topics:Maliworkshop
Up Next