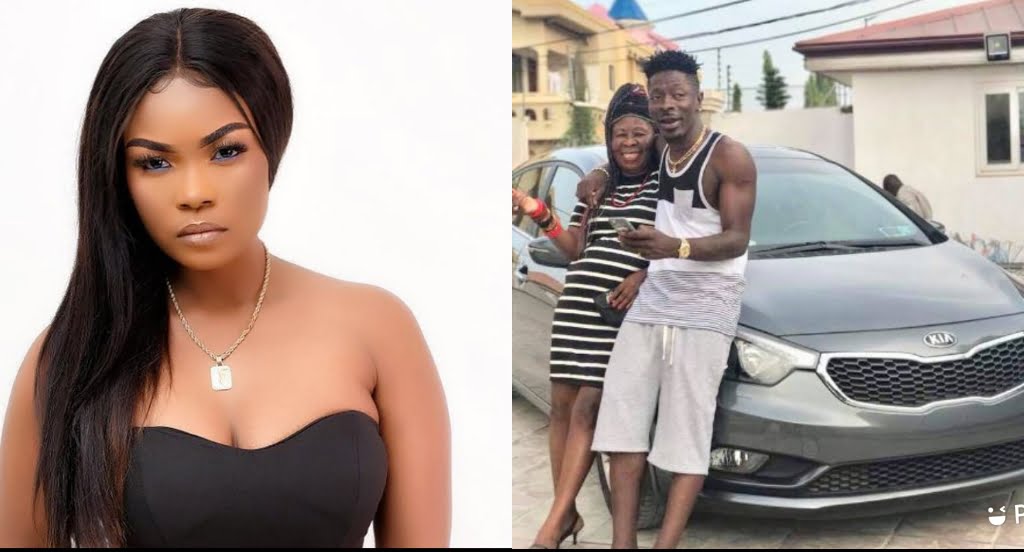 Shatta wale’s cousin turned lover Magdalene Love has clapped back at the singer’s mother for trying to dent her image on the radio.

In one of the earlier reportage, we disclosed how Shatta wale’s mother Mama Elsie Evelyn Avemegah spoke about the sour relationship that developed over the years between her and the beloved son which led to her inability to get into contact with her son for 3 years now. You can read that story here.

According to Madam Elsie, the cousin-turned-lover Magdalene Love is the brain behind her son’s carelessness towards her. Because she allegedly told him that she ( the mother ) is an old witch.

Magdalene Love has hoped onto her Facebook page to expose Shatta wale’s mother for telling such blatant lies about her and her son.

However, some schools of thought believe that Madam Elsie’s claims still hold, that is because sending someone to go and pay your mom’s rent makes it more apparent that something is wrong. Why can’t you go and visit your mom for once in the three years at any time of paying the rent.