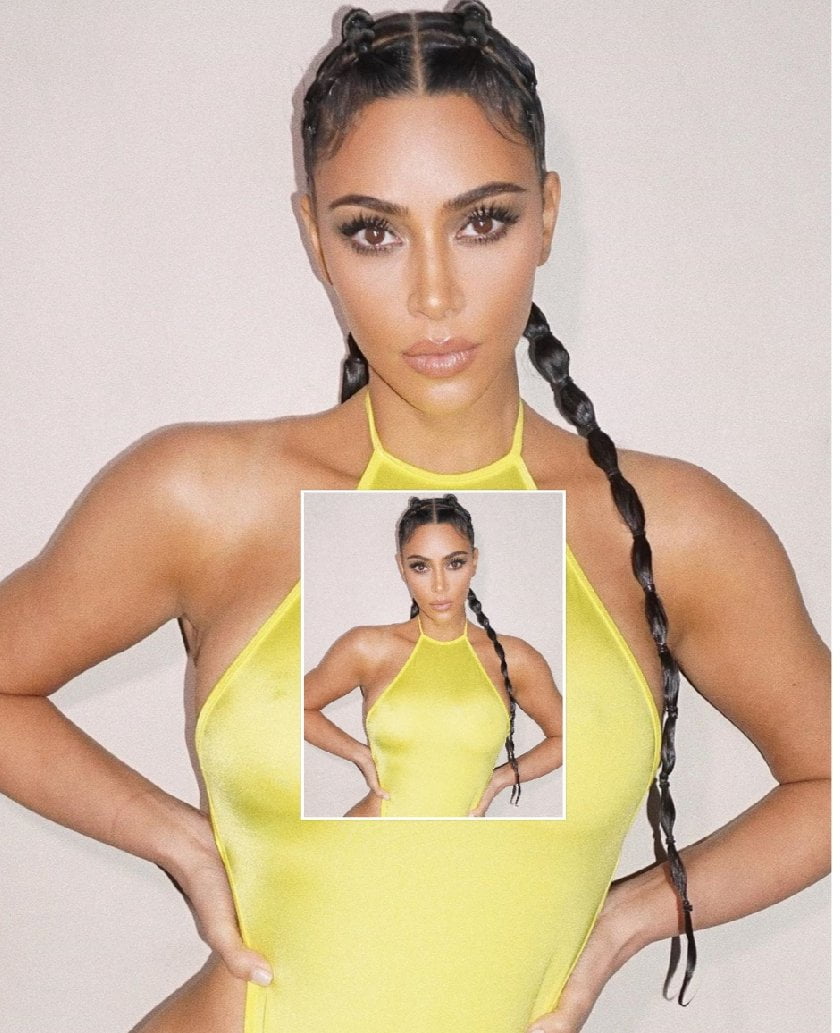 Kim Kardashian West is using her wealth and influence to help one young protester who was injured by rubber bullets.

The 39-year-old mother of four took to Twitter and Instagram to post a photo of a young girl whose eye and face was permanently damaged after she was hit with a rubber bullet while protesting the death of George Floyd.

“This is heartbreaking and so disturbing. Does anyone know how I can get in contact with her?” Kim wrote alongside the photo. “I would love to help her with her medical care if she needs it.” 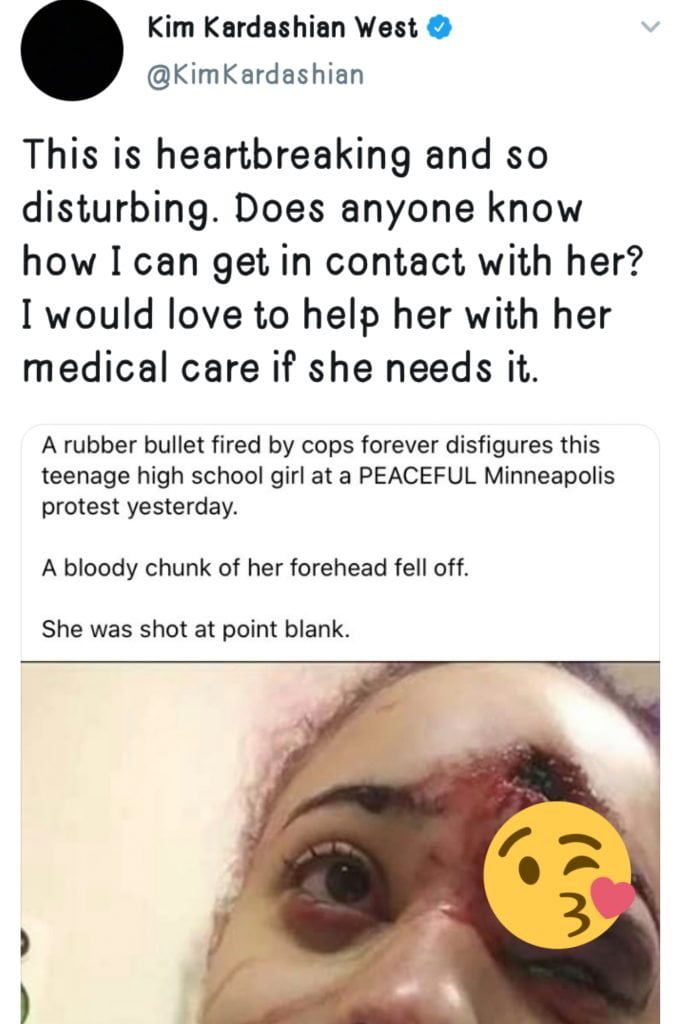 Several people pointed the reality star to the account of @shannynsharyse, who posted the same image as Kim as well as a second photo from the hospital.

“CW: BLOOD AND GORE,” the account captioned the pics. “I was protesting tonight. I was recording everything when I got hit with a rubber bullet. This is the result.”

She also posted Kim Kardashian’s message and clarified that she is actually from Louisville, Kentucky, and 23 years old. The image Kim shared falsely identified her as a high school teenager who was protesting in Minneapolis.

It’s unclear whether Kim Kardashian and the young victim have been in touch.

It’s been several days of protests across the country and around the world following the death of Floyd, a 46-year-old black man, who was killed in Minneapolis, Minnesota, after a police officer pressed down with his knee on his neck for more than eight minutes.

Billboard Rates Shatta Wale At No.1. He Teasingly Reacts.