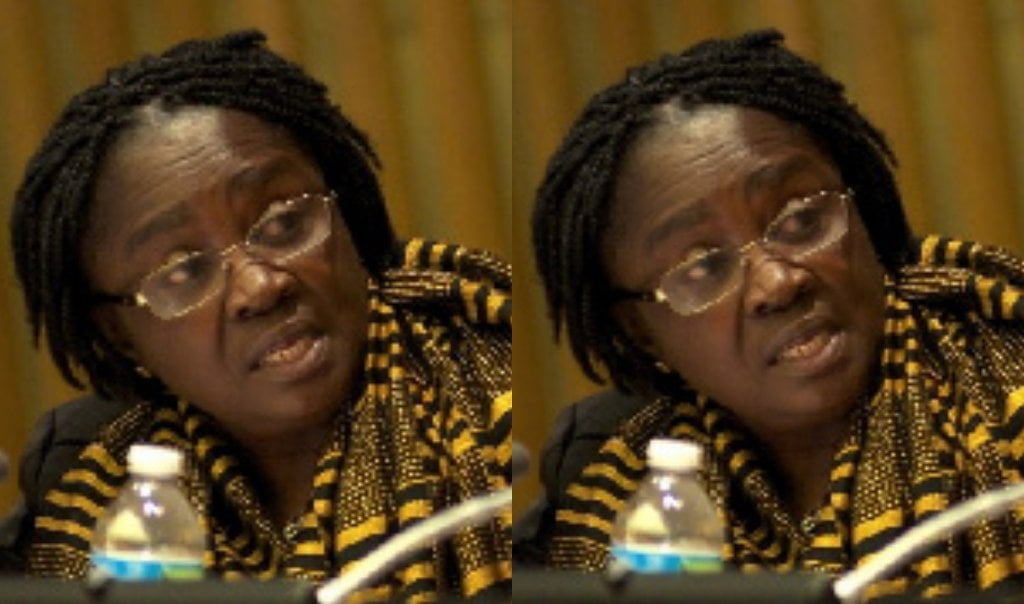 Former president John Mahama has settled on a former Minister of Education Jane Naana Opoku Agyemang as his running mate for the 2020 general elections, awaiting approval from the National Executive Committee of the NDC today.

Reliable sources have confirmed to Dailymailgh.com that the former head of the English Department of the University of Cape Coast is Mr. Mahama’s favourite and has tabled her candidature for acceptance to the National Executive Committee today.

She is expected to be announced today or Tuesday after the crucial meeting around 11am. This will be the first time the National Democratic Congress (NDC) as a party will go into an election with a female running mate.

According to sources, other contenders for the slot were a former governor of the Bank of Ghana, Dr. Kwabena Duffuor and a former MD of Tema Oil Refinery Kingsley Awuah-Darko, a former Director-General of the National Development Planning Commission (NDPC), Dr Isaac Bannerman Nii Moi Thompson.

Who is Naana Jane Opoku-Agyeman?

Currently, President of the Forum for African women Educationalists and Chairperson of the Africa Board, Naana Jane E. S. Opoku-Agyemang is a Professor of Literature, School of Humanities and Legal Studies, University of Cape Coast. She has been Minister for Education, Ghana from January 2013-2017, and Vice Chancellor (President) of the University of Cape Coast (2008-2012), the first woman to hold the position of Vice Chancellor in Ghana.

Professor Opoku-Agyemang has a BA (Hons) in French and English, a Diploma in Education from the University of Cape Coast; A Diploma in Advanced Studies in French from the University of Dakar; an MA and PhD in Literature from York University, Toronto, Canada. She is the recipient of many inter/national awards, including Officer of the Order of the Volta which is the highest award Ghana bestows on her citizens (for Academic Distinction); Ghana Women of Excellence Award (Category: Education); Doctor of Letters (DLitt).

She has been member of many inter/national boards and committees including the College of Physicians and Surgeons as Eminent Citizen; the Centre for Democratic Governance, (CDD-Ghana) the Executive Board of the United Nations Educational, Scientific and Cultural Organization (UNESCO);.; Editorial Board, The Harriet Tubman Series on the African Diaspora (Africa World Press Inc. USA); Africa Initiative, Canada; Adam Matthew Digital, UK

She has many publications on Women in Literature, Oral Literature in Africa (the narrative) and Issues in the African Diaspora.

Professor Opoku-Agyemang has been twice a Fulbright scholar and is currently a member of the Ghana Academy of Arts and Sciences and Fellow of the Commonwealth of Learning.

Video: NPP Pick Up Catches Fire In The Middle Of Campaign.