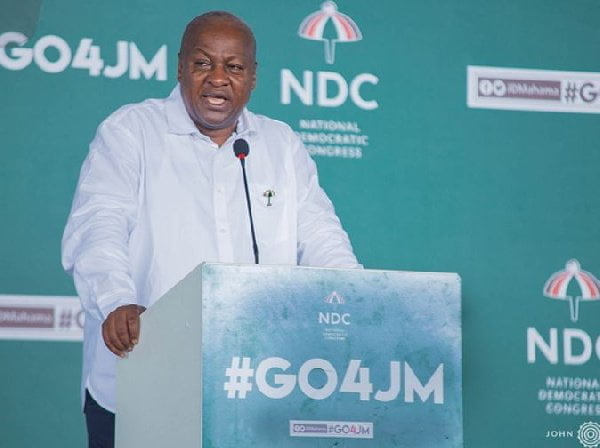 According to him, the deal was not only “shady” but Ghanaians have the right to know everything that went on with it.

This is important “especially when it is obvious that persons close to the President and related to him were involved in the deal.”

“We have heard audio conversations talking about the shareholding and all, so, there is enough evidence to investigate PDS,” he said in an interview with Woezor TV on Facebook.

The Government of Ghana, in October 2019, terminated the concession agreement with PDS Limited to take over the assets of ECG for distribution of electricity in the southern sector of the country.

This followed a suspension of the contract in June when irregularities in the contract were unearthed shortly after they took over in March 2019.

The move was necessitated after a forensic audit conducted by the Millennium Development Authority (MiDA) and Ghana government revealed that Demand Guarantees issued for the Concession Transaction were invalid.

The investigations re-affirmed the earlier report that there was no approval by competent signatories to the Demand Guarantee issued by Al-Koot in Qatar, therefore, the transaction lacked the required authorisation and approval of the Company.

The decision to suspend the agreement, the President said, was necessary “to protect the public interest, and to protect the ECG assets in excess of 3 billion [dollars].”

However, Mahama in his interview said that the revenue collected during PDS’ time of operating ECG has not been accounted for.

“People cannot just pocket state money and walkway free with it,” he stated.

Meanwhile, addressing the press at the 2nd edition of the NDC’s Corruption Tracker Series, on August 10, National Communications Officer, Sammy Gyamfi said Mahama will take action to retrieve the revenue.

The party alleges that there have been some ¢1.5 billion collected by PDS in electricity tariffs and other charges over the course of its operations from March to October in 2019.

‘If people have stolen monies in excess of GH¢1.5 billion from the state and have not accounted for them, like this PDS case we’re talking about, you can trust that the next John Mahama government will bring them to book’, he stressed.

Google Confirms VP Bawumia As The Biggest Liar In Ghana. This Is Why.

Google Confirms VP Bawumia As The Biggest Liar In Ghana. This Is Why.