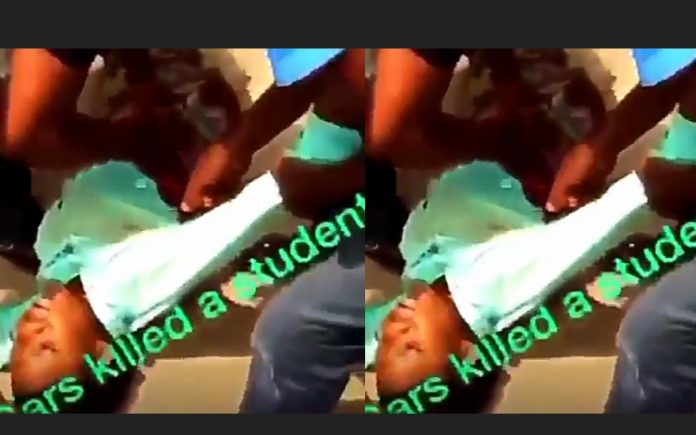 The Okada ban in Nigeria is causing more harm than good as another tragedy has occurred during a clash between the police and some riders.

According to a source, some riders are still making use of motorbikes [okada ] as means of transportation in some parts of Nigeria which led to brutality after the Police were deployed to make arrest of the law-breakers.

In combat with the Police, a stray bullet reportedly killed a student who might have been walking by the scene on an errand. 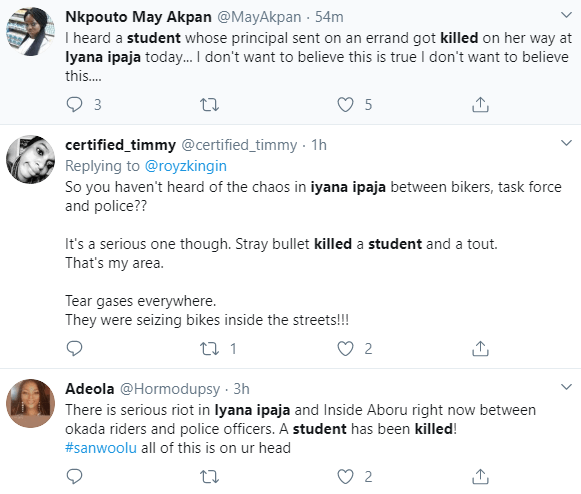 They innocent was seen lying motionless on the street of Iyana Ipaja.