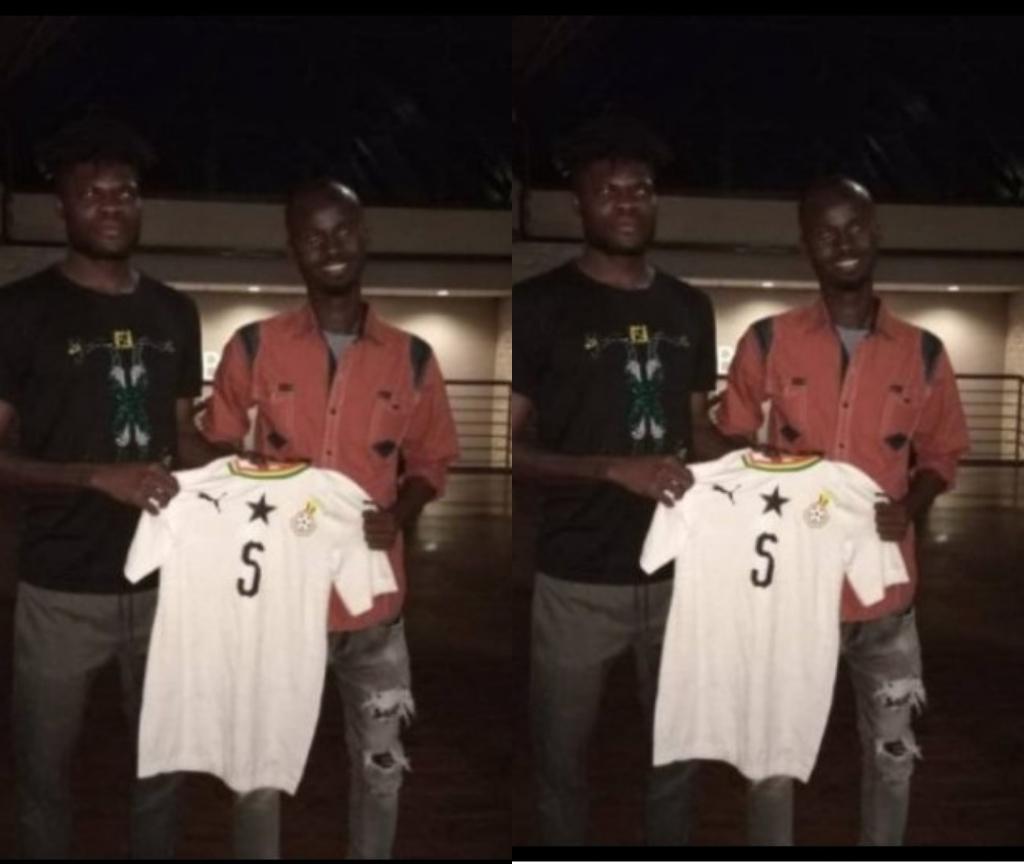 The Cape Coast pitch invader during Ghana’s match against South Africa has finally got his heart desires as he meet up with Thomas Partey.

In a match that ended 2 – 0 in favour of the black stars at Cape Coast Sport Stadium, Awal Suleman was able to put the match on hold for some minutes when he run onto the pitch looking for his idol Thomas Partey.

He was arrested and detained at Cape Coast Police Station but released in less than 24 hours after pleadings from Andrew Ayew and Ghanaians.

Am not only a 400 meters runner but l also play football. l am a midfielder and l play for London Rovers in Cape Coast.

I am very good athlete and l play football too but you know, after Senior High School, if you don’t have money to pursue your your dream career , all become waste. Now l am combining football with my nursing job and will like to be a professional footballer. He said.

Related Topics:Thomas Partey
Up Next