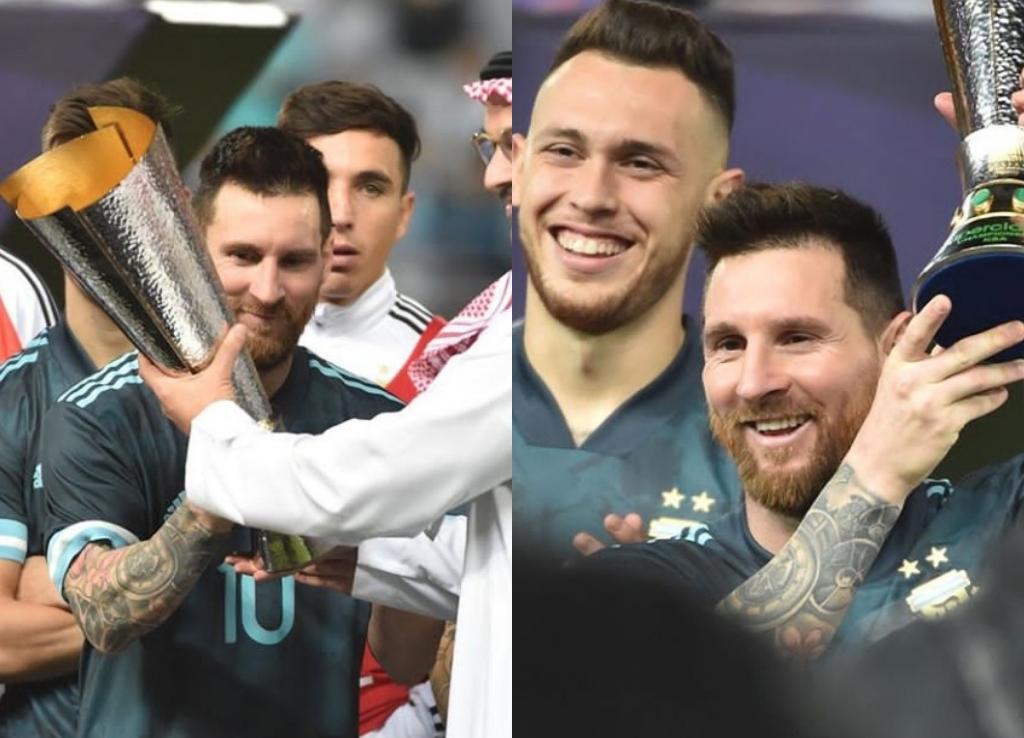 Messi has at long last landed his hands on an international cup with his national team Argentina as they beat Brazil in the Superclasico de la America.

Lionel got his penalty shoot out saved by Allison Becker before scoring the only goal which was a rebound from a close range to give the Argentines a win over their America counterparts. His goal was the only goal of the match.

Messi was not the only one who missed a penalty in the game but Gabriel Jesus also did for Brazil.

Despite the low performance from the star in a match that didn’t really catch fire, he finally got to lift a kind of international trophy for Argentina. Because the Clasico de la Americas was played by only two teams; Brazil and Argentina and it is most regarded as a friendly match.

It may not be regarded as huge as the World Cup or Copa America but let’s not take that joy from Lionel Messi who looks so happy holding the trophy.

Though some football fans are debating the value of Clasico de la America to UEFA Nations League which Cristiano won recently, that will be a little stretch.

However, it is still 2 -1 for Cristiano in terms of International trophies.

Advertisement
Related Topics:messi
Up Next

Pogba Shared Loved Up Photos With His Wife.