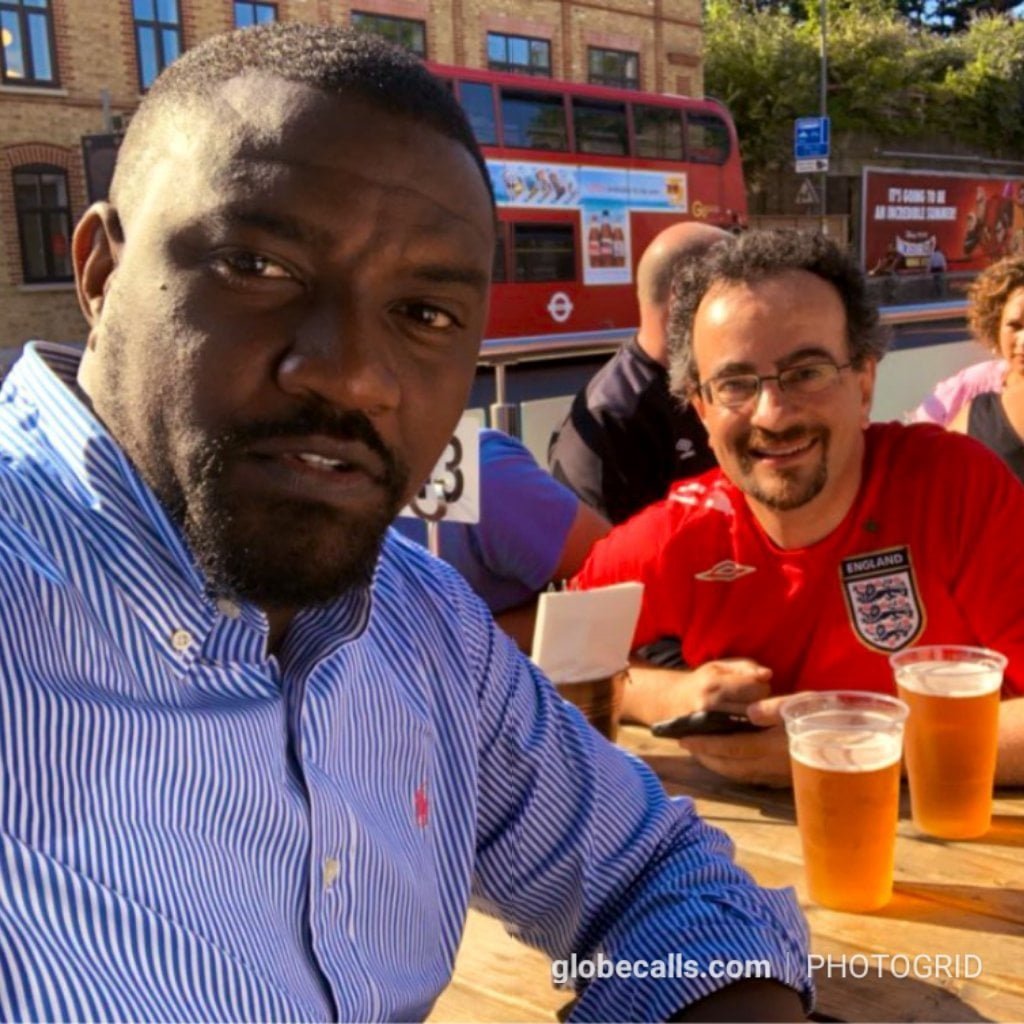 Ghanaian students studying in China are stranded and need to be evacuated.

The corona virus is now a global threat after death toll rises to 1000 and more within 2 days with movement in the mainland China highly restricted to prevent further spread of the virus.

In a recent tweet of Ghanaian actor / politician, John Dumelo, a lot of Ghanian students in China and even some people who are stuck on a business trips have been sending him messages, lamenting about how insecure they feel being in China amidst the alarming death rate by the corona virus. And there for pleads with the government to come to their rescue ASAP.

I have received dozens of messages from distressed students in Wuhan(China) in the last few days. They need to be evacuated, other countries have evacuated their Students and these Ghanaian students are “stranded”. I hope the Ghanaian authorities help them out ASAP. #dumelogives 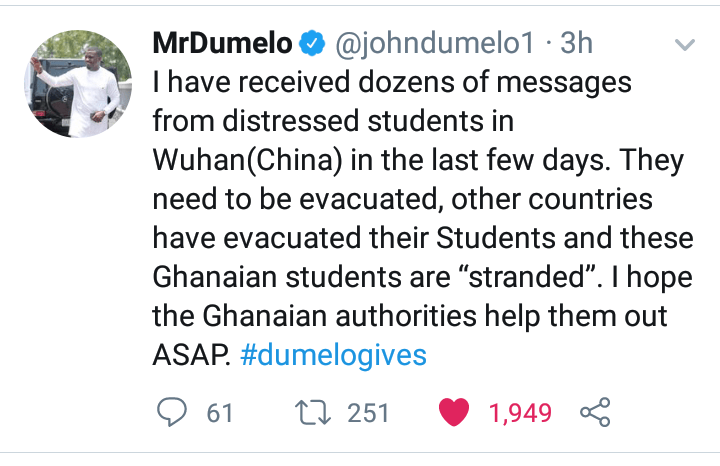 The requests met different schools of thought who argue about the decision. 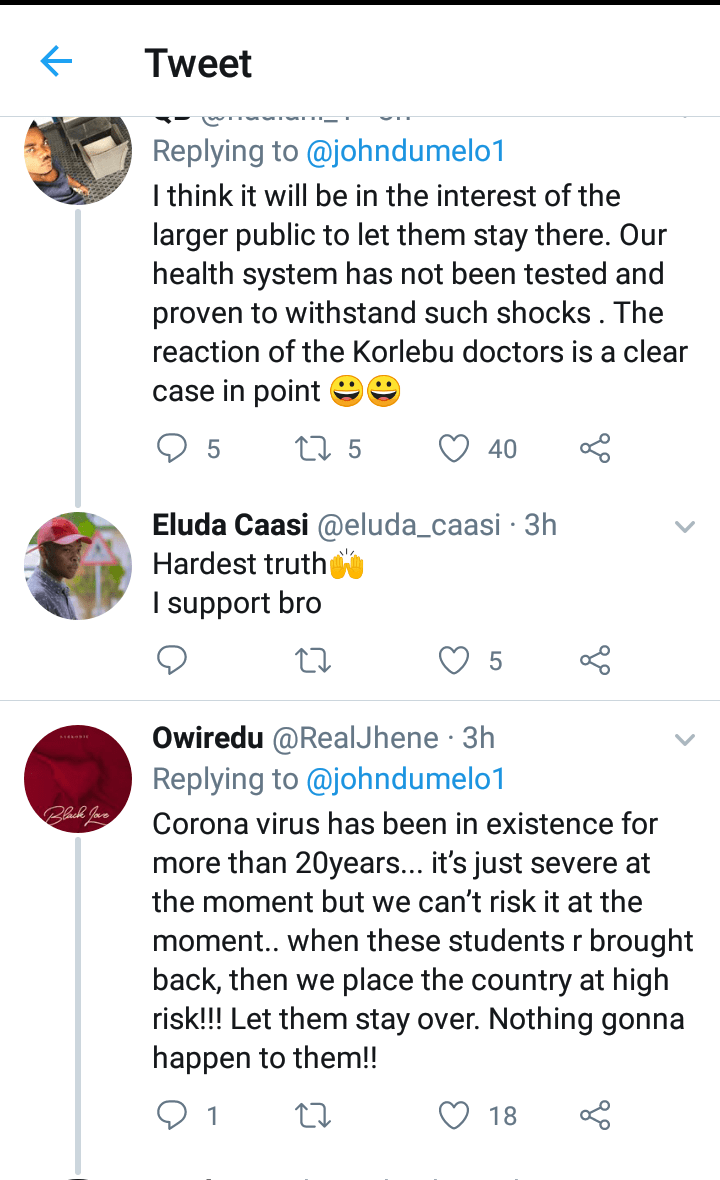 Do you think the students and other Ghanaians in China should be evacuated or should remain there?

In some other news, Dr. Bawumia has unveiled the Absa Bank Ghana Ltd.