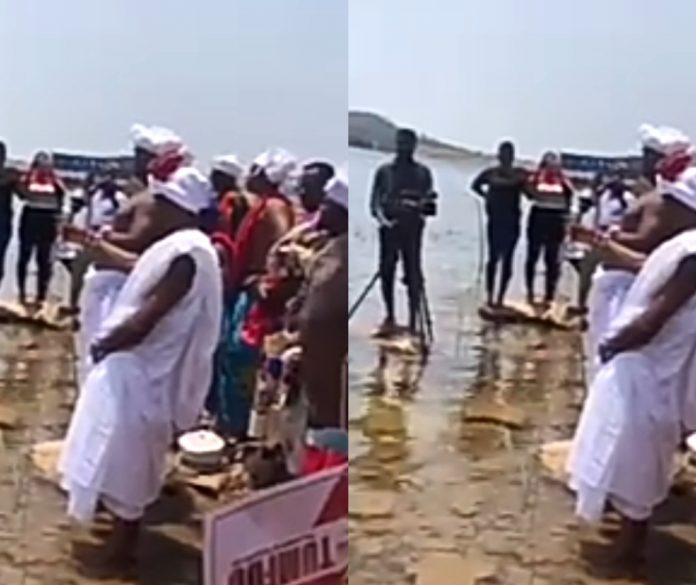 A video making waves on the internet has some fetish priests from the popular Nogokpo Shrine in the Volta Region making their prayer requests to their gods against the coronavirus.

In the video, the priest can be heard speaking ewe, as obvious, and according to the him per what the gods told them about the coronavirus, it is biological weapon to defeat one party in the race of supremacy.

… we are here because there is a virus killing people all over the world and it has landed on our soil [ though we haven’t experienced any death].

The disease is a competition among the whites and one party has to create the virus as a weapon to attack the other.

And the gods have commanded us to cast this virus to the deep waters [ River Volta ] because the Volta River is connected to almost all the major rivers in the country, which finally connects to the sea.

And so far as everybody use water in washing hands and washing their faces, the waters must be informed about the virus and thus, send the virus away by the waters… [ please this is my translation of the ewe dialect being spoken in the video.

Watch the video below;