Singer Davido dashes a young artist who made a traditional photo of him and Wizkid. A photo that sparked a ‘beef’ between some big Nigirian artists.

A young local content maker named Ayoafrica  has ripped the fruit of his labour after a traditional photo he made of Wizkid and Davido went viral causing a tug of supremacy between Burna Boy, Wizkid and Davido. 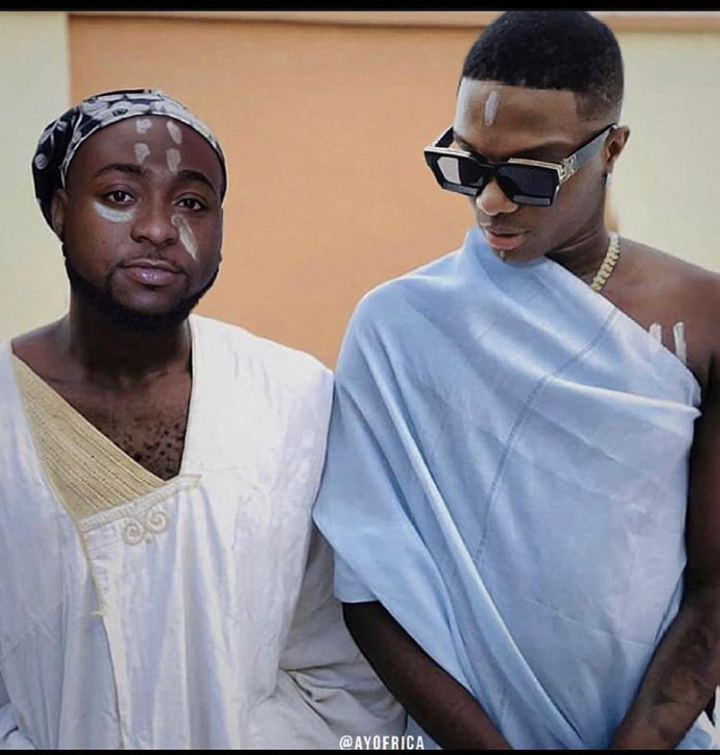 After this photo went viral via blogger Tunde Ednut’s Instagram page, Davido took it to make a ‘diss’ out of it and as well, it deserve some appreciation for the maker or the editor.

Davido benevolently as always dashed the young champ N1m as a surprised to celebrate and motivate his talent. The young man after getting to know the souirce of his bank alert, couldn’t hold his tears.

Your glory will shine because of the awesome, GRACE and POWER of OLORUN OBA! May you continue to enjoy IFOKANBALE, In Jesus' Name. Amen. @ayofrica