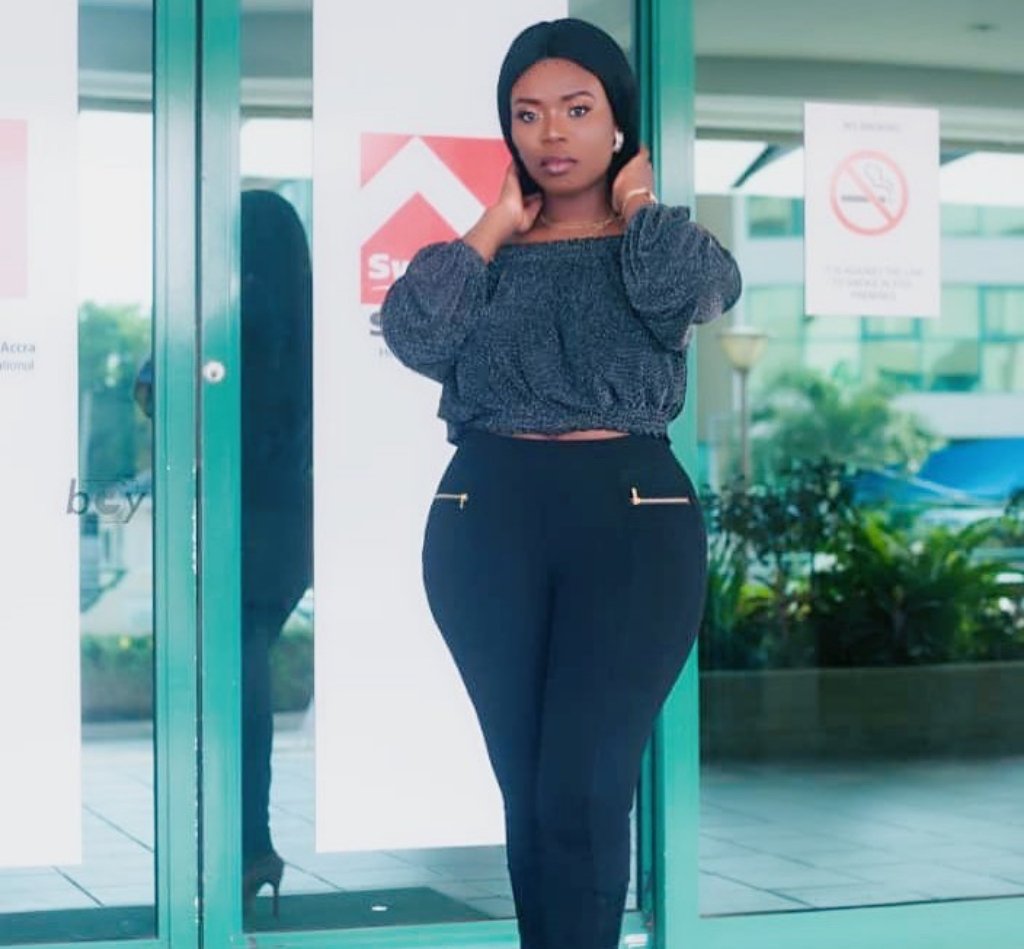 Deloris Frimpong Manso known as Delay has shared her inspiring TV journey from nothing to the something that she is today.

Known for the popular Delay Show, Deloris is one of the most discussed TV personalities in Ghana with a whooping 1.6m followers on IG and a huge purported subscribers on YouTube.

She took social media to share her journey to stardom.

… My first experience with television was in 2007 when l was hired by two guys ( Rex and Kofi ) to be the presenter of their talk show.

I was fired after 8 episodes for demanding that l get paid.

Two months later l was on set filming  the pilot episode for my won show ‘ The Delay Show’.

I will go on to interview almost every known person in entertainment, sport, religion and on in my beloved country Ghana.

12 years later, my show is the most talked about show in Ghana. Making headlines every week.

My YouTube channel ( Delay TV ) has more than 45 million views. And am just getting ready to start. BE INSPIRED. 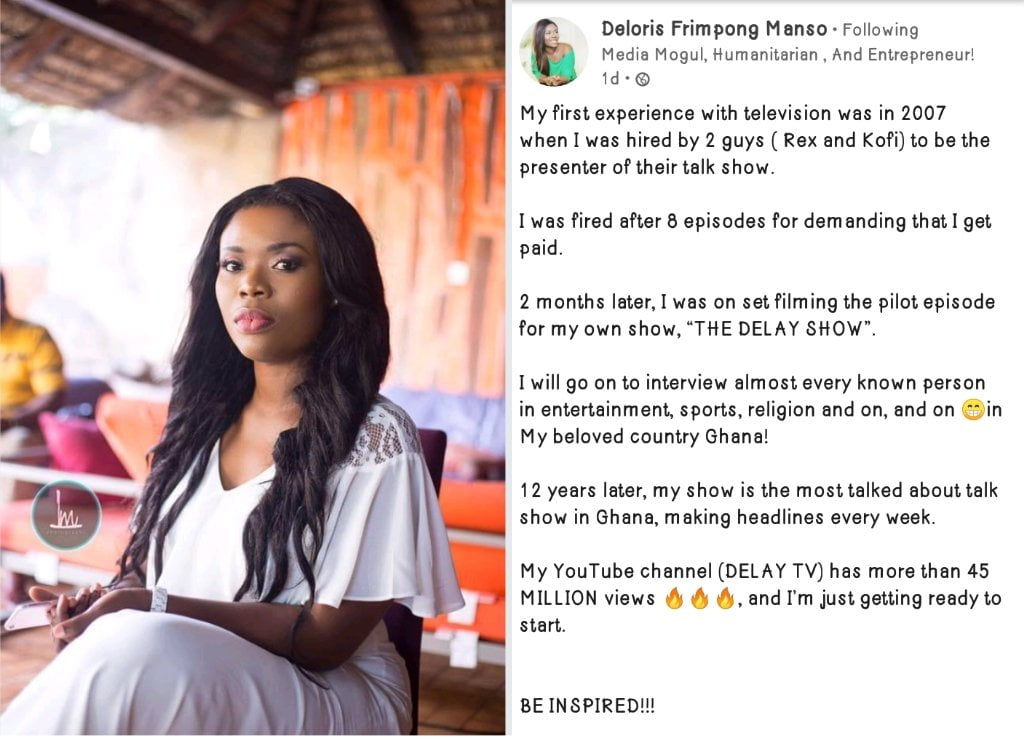