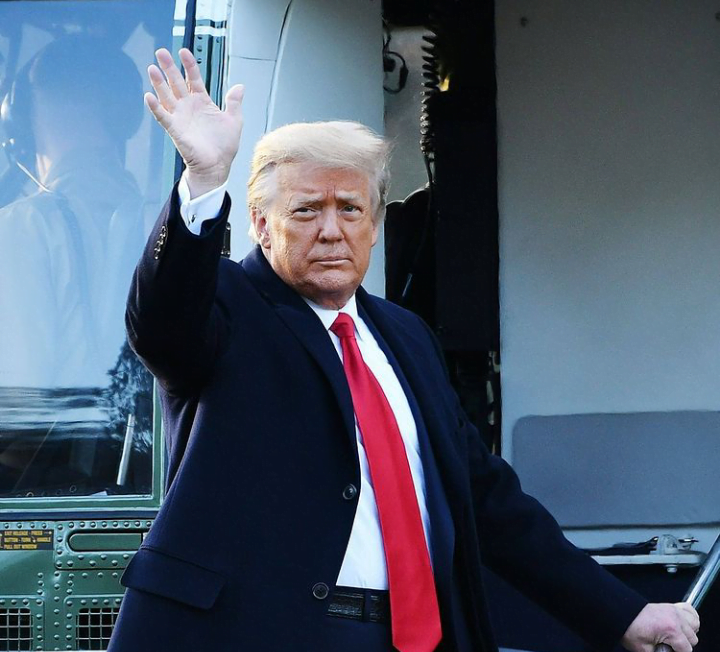 Donald Trump has left the White House after four years as US president, but insisted: “We will be back in some form.”

Mr. Donald Trump boycotted Joe Biden’s inauguration ceremony in Washington DC and instead flew to Florida to stay at his Mar-a-Lago resort.

He smiled and waved at supporters who greeted him in Florida, with some waving flags and holding placards including one which read: “Still my president.” 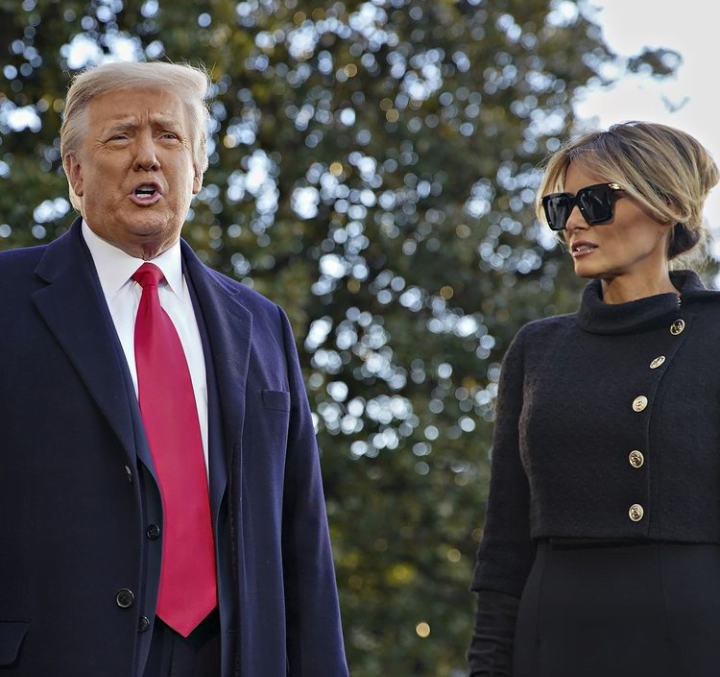 2 Times Impeached Outgone Donald Trump Promises Americans That He Will Be Back.

Before boarding Air Force One, Mr. Trump said it had been “an incredible” four years and thanked his family for watching on, with some of his children appearing emotional.

“As the athletes would say, we left it all on the field,” he said.

“It has been my greatest honor and privilege to have been your president.”

Mr. Donald Trump, who has refused to publicly concede to Mr. Biden, wished the new administration “great luck and great success” – but said: “We will be back in some form.”

Earlier, as he walked out of the White House, Mr. Trump said: “I just want to say goodbye but hopefully it’s not a long-term goodbye. We’ll see each other again.”

Mr. Trump is the first president to skip his successor’s inauguration since Andrew Johnson in 1869, and only the fourth to have done so in history.

However, he did follow one presidential tradition, with the White House confirming Mr. Donald Trump left a note for Mr. Biden – although no further details about the message have been revealed.