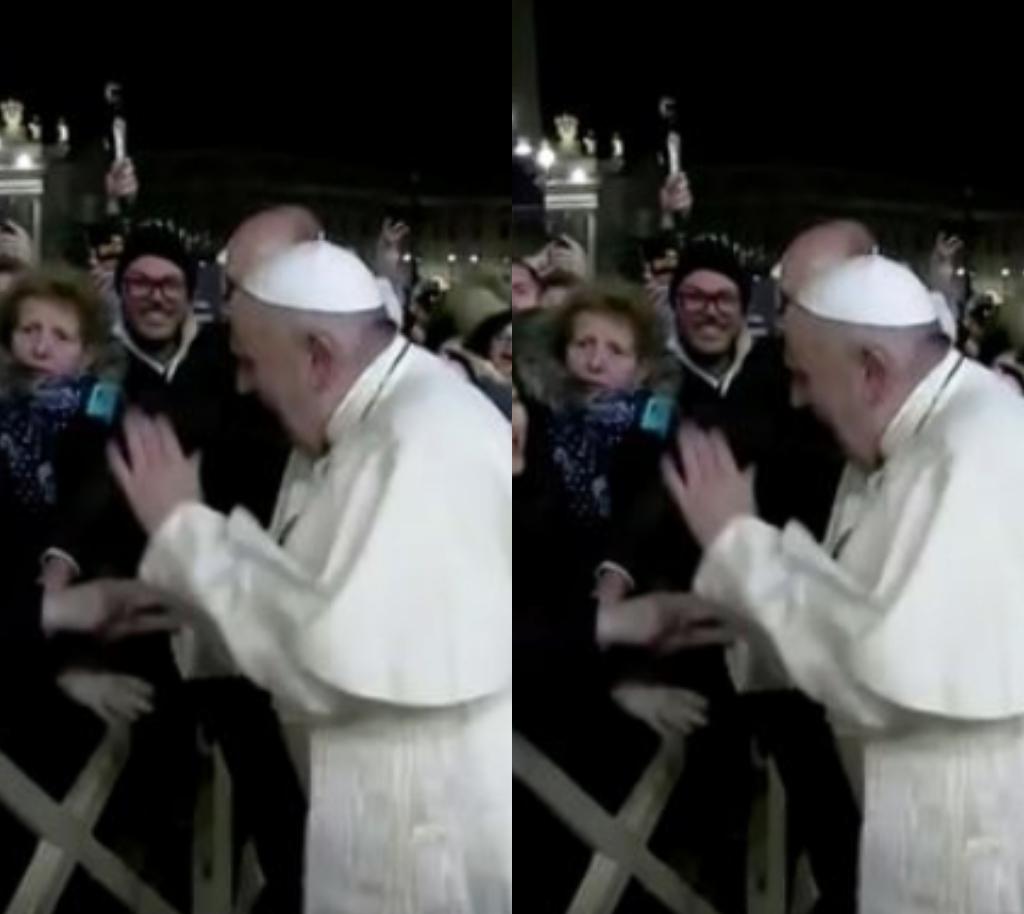 Pope Francis slaps a woman’s hand who wouldn’t let his hands go when he was greeting pilgrims in Vatican City’s St Peter’s Square.

Camera footages show the Pope being furious , therefore whisking and and slapping the lady’s hand to let him go.

The 83 year old leader’s act caused stirs on the internet as he is supposed to show the epitome of love that they teach about their God.

Before the Pope reaches to the people, the woman was seen making the sign of the cross as well as chanting some words, it is not clear what the woman was saying, perhaps, she wants a miracle.

Watch the moment a woman grabs Pope Francis' hand, forcing him to slap hers away.

The pope was visiting the nativity scene in St. Peter's Square during #NewYearsEve pic.twitter.com/GMXUOlRZJ0

The crowd was chanting ‘Pope!!! Pope!!!, HAPPY NEW YEAR!!’  as he passed by Mail Online reports.

The Pope led the Vespers new year’s prayer as he teached the people his followers to allow the light of Christmas to take off the darkness in their hearts.

The Pontiff is noted for protecting himself from the people as footages revealed how he refused his followers from kissing his ring back in March 2019.

A spokesman revealed that, the Pope’s act is hygiene’s sake, he did that to prevent spreading germs.

The question is his hands or ring infected with any virus?

Advertisement
Related Topics:POPE FRANCIS
Up Next

Ten Big Stories Of The Decade, Year Of Return Made The List.