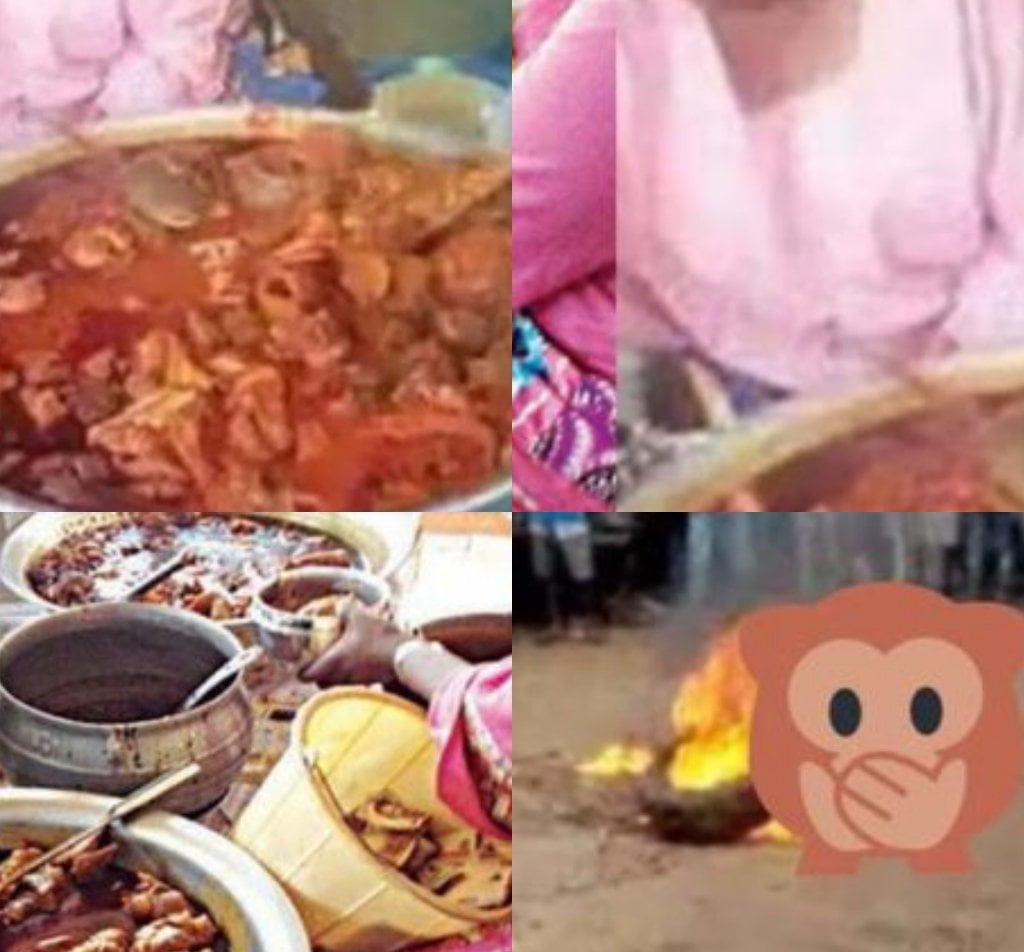 A lady by the name Mama Aroma has being burnt alive for what many would define as an abomination – using corpse water to prepare food do her customers.

According to the story , Mama Aroma sells rice alongside a number of ladies who also sell same foodstuffs as Mama Aroma.

In any case, any day, Mama Aroma’s food would finish before any other seller’s, no matter the quantity she prepares.

Though the other sellers became suspicious of her, they had no plan of trying to expose her but rather tries to challenge her in winning more customers as her.

However, Karma was on duty watching all the evil doings of Mama Aroma but just waiting for the right time to expose her.

A mortuary man also became suspicious of a lady who come for corpse water every night, he took photos of the lady, traced her to her workplace, thereby realizing what the bizarre lady has been using the water for – cooking food.

On his visit to the market one day, he saw a lot of people patronizing the rice cooked with corpse water, he approached the customers and blew the dirty secret which prompted the beating and burning of the lady.

In some other news, Dangote has released a whooping $550k to fight corona virus in Africa. Read here.

Related Topics:Mama Aroma
Up Next

Video: Your Ex Husband Knew You As A S3x Worker, So He Can’t Respect You – Ohemaa Benz Fires Afia.

Stop Having S3x In A Dark Room – Gospel Singer Reveals