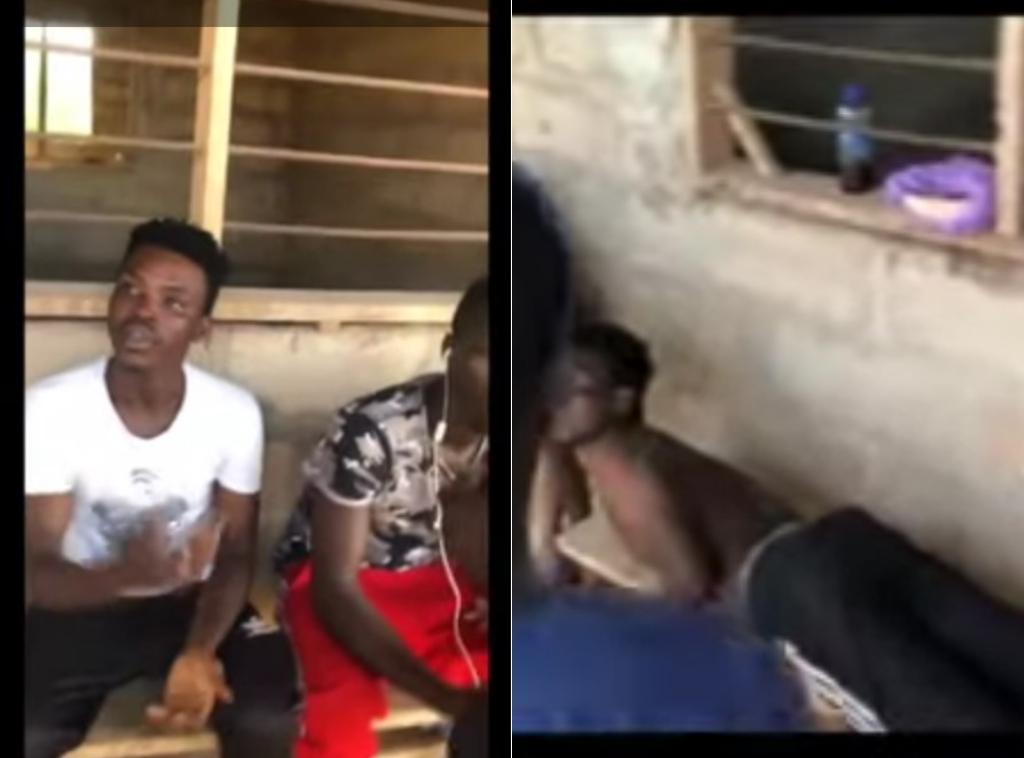 Young man received the beating of his life after planning an attack with the wrong group people on his employer.

According to the narration, the young man who used to work with one Black American, call on them to attack the said woman and take her belongings away.

The group of young men he approached were offended by the fact that he believe they are arm robbers, therefore recruiting them for a robbery.

They lured him into a hideout, to interrogate and give him a showdown.

During the interrogation, the young man tried polishing his words of to look innocent of what his ‘gangsters’ are saying.

However, he later accepted his statements and after sensing danger around him.

He was stripped half-naked ahd given the beating of his life. He later escaped as he can’t endure the lashes anymore leaving his motorbike behind.

Ask Yourself These Questions Before You Sleep.

Woman Receives A ‘Paper Coat’ After Buying A High Quality One Online.