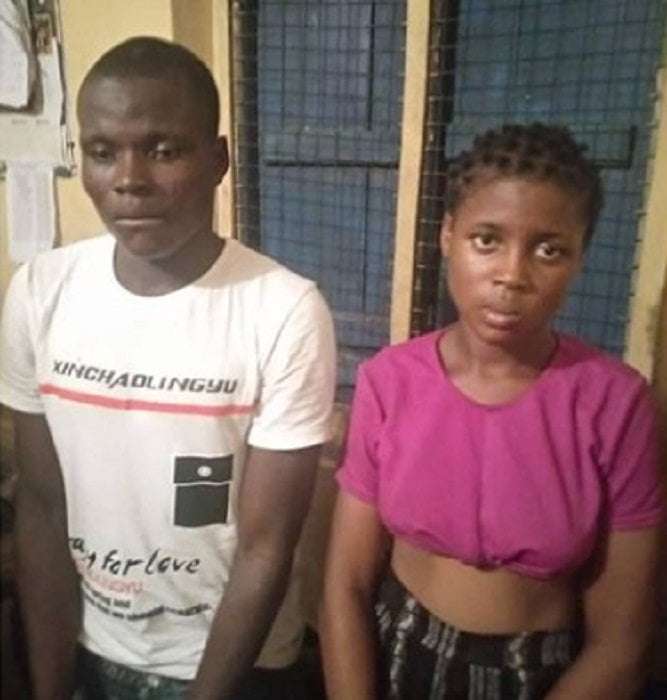 A teenage girl has been apprehended for faking her own kidnap alongside her boyfriend in Ogun State.

Life is becoming survival of the fittest in most parts of the world and motherland Nigeria in no left-out.

The 17-year-old identified as Seun Adekunle, was arrested alongside her 25-year-old boyfriend, Basit Olasunkanmi, after her other, Bukky Adekunle, alerted the police on the 4th of June 2020 that she sent her daughter to Lafenwa market since on the 1st of June 2020 and has not returned since then.

She stated further that she received a mysterious call two days later who claimed to have abducted the girl and demanding for the sum of N500,000 as ransom.

Mrs Adekunle said the caller warned her not to make the mistake of involving the police if she still needs her daughter alive.

However, a technical and intelligence based investigation led the police to the hideout where the girl and her boyfriend were hiding and pretending to be with kidnappers.

5 thoughts on “Teenage Girl Arrested For Staging Her Own Kidnap”