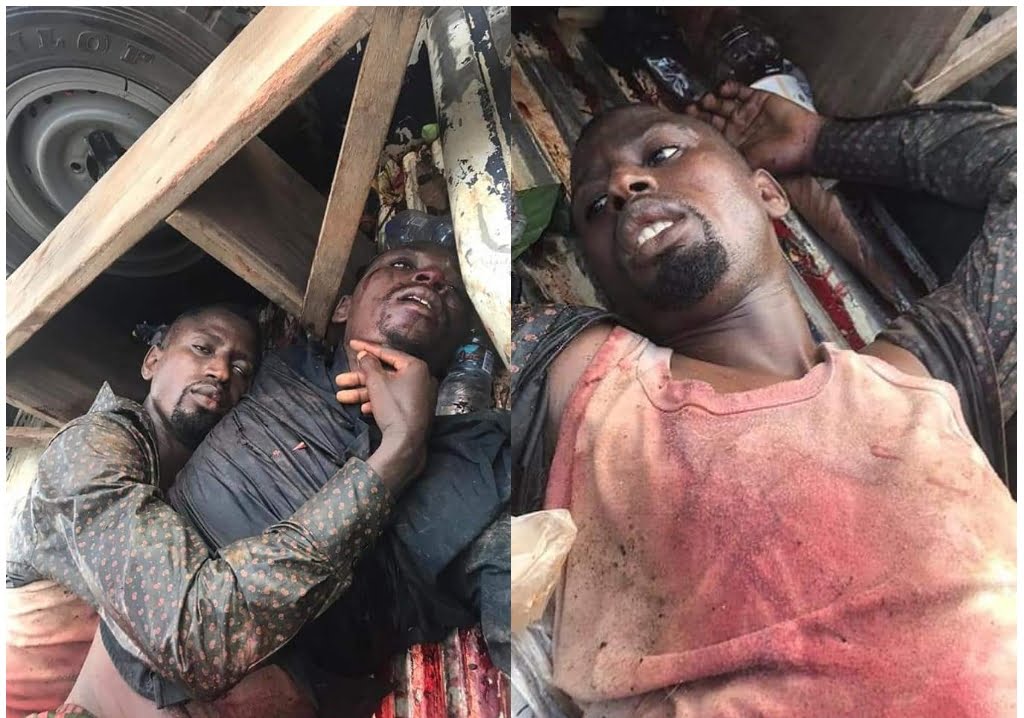 Anti-Robbery squad of Sefwi Abrabra divisional police force gunned down 2 armed robbers out of 4 this dawn during a highway robbery.

At around 4 am police gathered intelligence that the armed robbers were believed to be hiding in the forest at Sefwi Abrabra.

A team of personnel from the regional anti-robbery unit led by the station officer, Inspector Isaac Roger assisted by some town folks swiftly proceeded into the forest in search of the culprits. Four in number who were wielding two Ak 47 assault rifles on seeing police started firing at police. Police engaged them in a gun battle and in the process, shot and killed one of the suspects known as baba and injured another by name Mohammed aged 30.

Suspect Yahaya who sustained gunshot wounds and one other however managed to escape. A search was conducted on them and one AK 47 assault riffle, 40 live Ak7 ammunitions, cash Ghc 300, and personal belongings were retrieved.

🛑ABRABRA FOREST SHOOTING: Police Gunned Down 2 Handsome High Way Robbers. At around 4 am an informant called the Police that some armed robbers had robbed passengers on board of three vehicles on the Anyabrem road near Sefwi Wiawso. The robbers had taken the luggages of the passengers on board three vehicles and in the process severely wounded 3 passengers.. Source: ghanasecure.com @gbcnews #cars #police #thieves #gun #ghana #accra #kumasi

Some Celebrities Are Doing Stomach Politics – An Event Organizer Laments