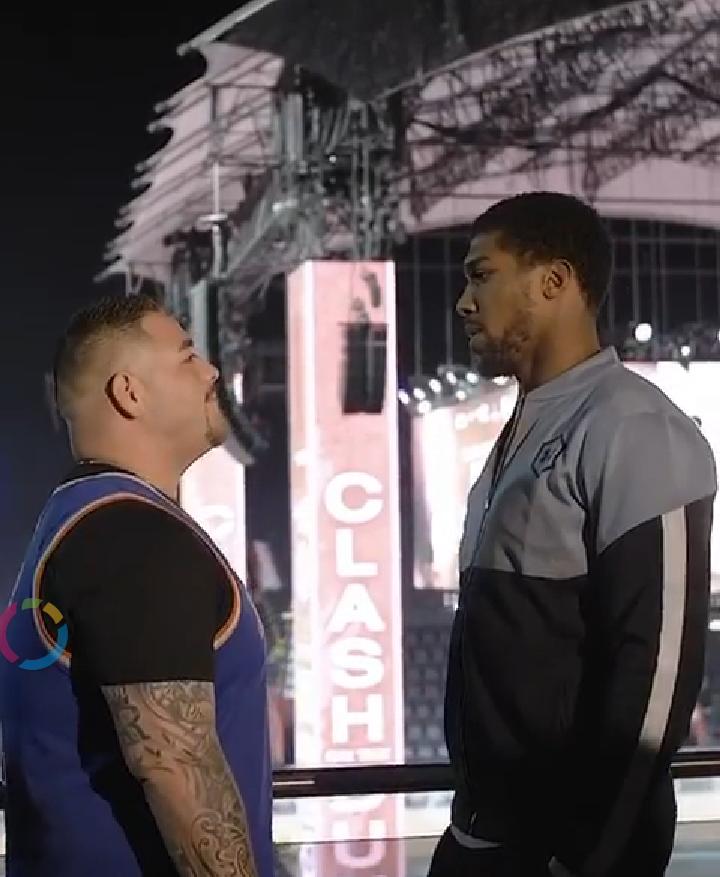 Anthony Joshua reveals he has no fear in him about the rematch between him and Ruiz this weekend.

Joshua and Ruiz had the final press meeting and face off for the fight which is scheduled to come on this weekend in Ad Diriyah, Saudi Arabia.

Andy Ruiz gave Anthony Joshua the knockout of his career so far on 1st June and it still remain the biggest “boxing shock” in history for some boxing fanatics, not the fact that he lost the fight on that night, but how he lost it.

Ahead of the rematch on 7th December 2019, the two giants boxers met the press.

According to Joshua, the fight will be one of the easiest one for him as he promised to reveal the cause of his first defeat to Ruiz after winning the rematch on Saturday in Saudi Arabia.

Van Dijk Is The Deserved Winner Of The Ballon D’or – Klopp.

Related Topics:ANTHONY JOSHUA
Up Next

Fella Makafui Is Not Angry With Me – Medikal.

Van Dijk Is The Deserved Winner Of The Ballon D’or – Klopp.