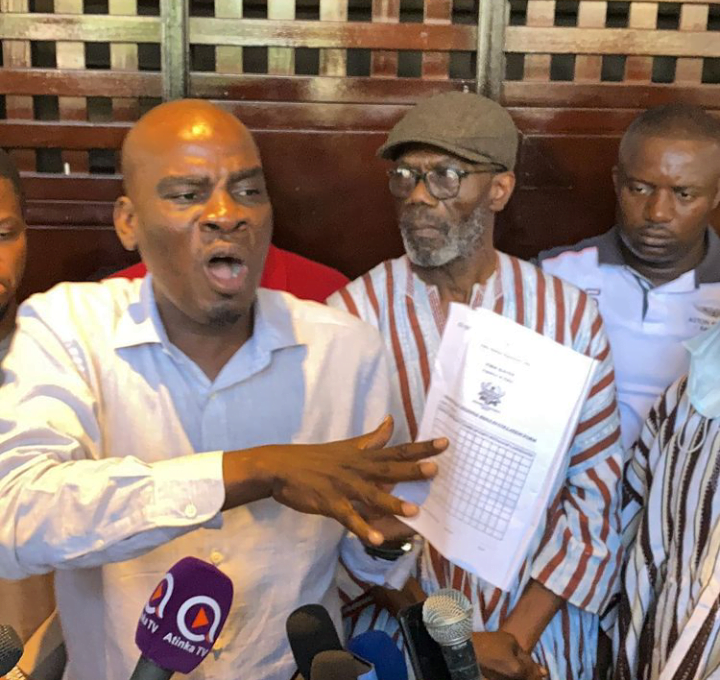 Minority Leader of the NDC in parliament Mr. Haruna Idrisu has named the constituencies which the New Patriotic Party has allegedly stolen from them.

In a press briefing minutes ago, Mr. Haruna issued warnings to the Electoral Commission and the Military to dare not use force to massage the figures to favor NPP as they ( NDC ) have had their detailed coalition done which shows a massive win for them.

He went ahead to name the few constituencies that are been directed to the NPP leaving them at 135 seats in the parliament as Techiman South, Tarkwa, Sefwi Wiawso, Upper Denkyira West, Sene West.