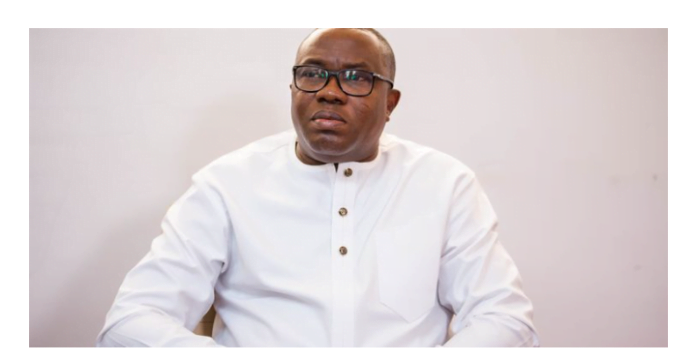 The opposition National Democratic Congress (NDC), is asking the Akufo-Addo government to refrain from muzzling free speech in the country.

According to the party, journalists and the entire citizenry must not be attacked for criticizing the government.

In an interview with Citi News during the 42nd Anniversary of the ‘June 4 Uprising’, the National Chairman of the National Democratic Congress (NDC), Samuel Ofosu Ampofo, urged the government to desist from muzzling free speech.

“A high level of unemployment and the virtual strangulation of free speech is becoming synonymous with what occasioned the June 4 revolution, so we are saying the culture of silence must be dealt with.”

“Individual Ghanaians must not be subjected to torture for criticizing the government. People must not be looked out for on social media and arrested and incarcerated by National Security,” Mr. Ofosu Ampofo bemoaned.

He stressed that if Ghana has chosen democracy, Ghanaians must be able to voice their frustrations.

“Anytime there is an attempt by the citizenry to demonstrate against the ills in society, every available means is found by the state authority to prevent them from demonstrating.”

About the revolution
The 1979 revolution was inspired by the urge to combat the surge in corruption which was having a devastating impact on the economy.

On this day, members of the military from the junior ranks took over governance. This event has since been celebrated annually, but the 42nd anniversary of the uprising took place unfortunately without the Founder of the NDC, Jerry John Rawlings.

On Friday, a wreath was laid in his honour during the uprising celebration at the Dr. Bannerman Park at Korle Gonno.

The perpetual flame was also lit by his daughter, Dr. Zanetor Agyeman Rawlings.

In attendance were traditional leaders, the united cadre’s front, and some top officials of the NDC.

Dr. Zanetor Rawlings, in an interview, expressed concern with the degeneration of the principles underlying the June 4th uprising.

“The problem is that Ghana is not unique with regard to what can happen when a society retrogresses like that. We’ve seen it happen in various countries in the sub-region that have moved to constitutional rule and reverted to some kind of military rule.”

‘I believe in human rights and press freedom; it’s part of my makeup’ – Nana Addo

In the wake of claims of a brewing culture of silence in the country, President Akufo-Addo has refuted the perception and challenged suggestions that press freedom has suffered under his presidency.

“When it comes to the press, I am certain I have nothing to apologise for with reference to anything I have ever done or said,” he said during a special congregation in his honour at the University of Cape Coast.

President Akufo-Addo again touted the role he played under the Kufuor administration in repealing the criminal libel law.

Though Ghana ranks 30 out of 180 countries in the World Press Freedom Index, Reporters Without Borders has expressed concern with the fact many cases of police aggression against journalists have gone unpunished.

The 2020 World Press Freedom Index report also noted that some journalists covering the effectiveness of the government’s measures against COVID-19 were attacked by police in 2020.

Over the course of the Akufo-Addo administration, it has been criticized on these points, as well as the closure of some prominent pro-opposition radio stations.

The conduct of National Security Personnel towards Citi FM journalists on May 13 was the most high-profile incident of state action so far against journalists in 2021.

One of the Citi FM journalists, Caleb Kudah, was tortured whilst in National Security custody.

The government’s response so far to these incidents has been largely condemned, with many suggesting that it gives the impression that the state is either complicit or tacitly supports such actions against journalists.

You Can Go To Court – Nana Akufo Addo Tells…