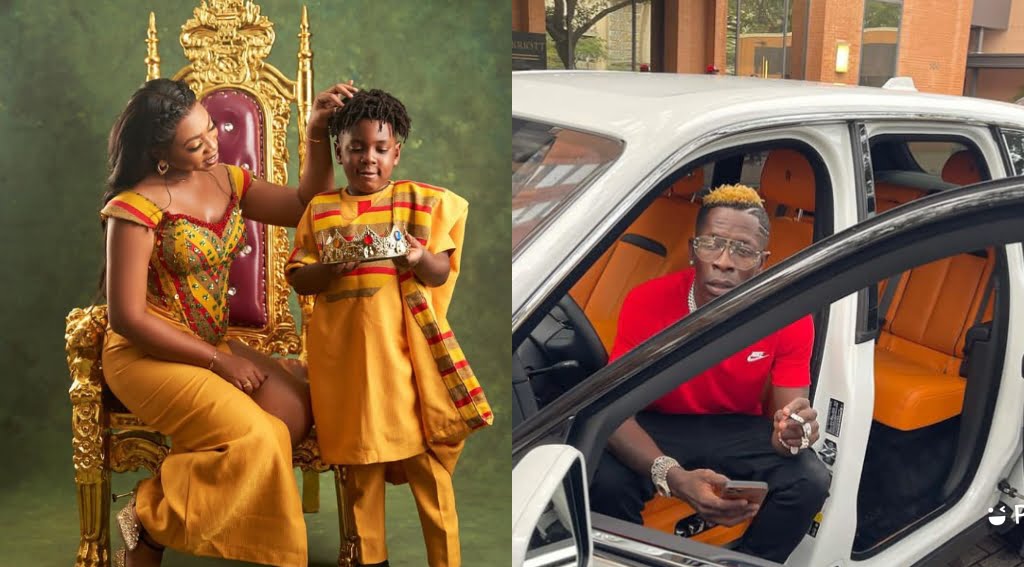 Ghanaian dancehall singer Shatta Wale has been dragged to the social media jury again for a comment made by his baby mama Michy Diamonds during the celebration of their son’s birthday.

Interestingly, the dancehall singer Shatta wale failed to show any social sign in reverend of his son’s birthday, coupled with a reply Michy Diamond gave a fan who queries his ‘single parenting ‘ captions on the kid’s birthday raised the question if Shatta wale is indeed playing the fatherhood role in the life of the kid.

Michy’s reply suggested that she foots all bills and cares about the child’s needs including school.

Meanwhile, Michy Diamond in the most recent radio interview revealed that Shatta wale showers her and the kid with a lot of gifts and cash at any given opportunity. If that inflow has been halted due to the new lover in Michy’s life, we are yet to ascertain that as a fact. Check the screenshots below. 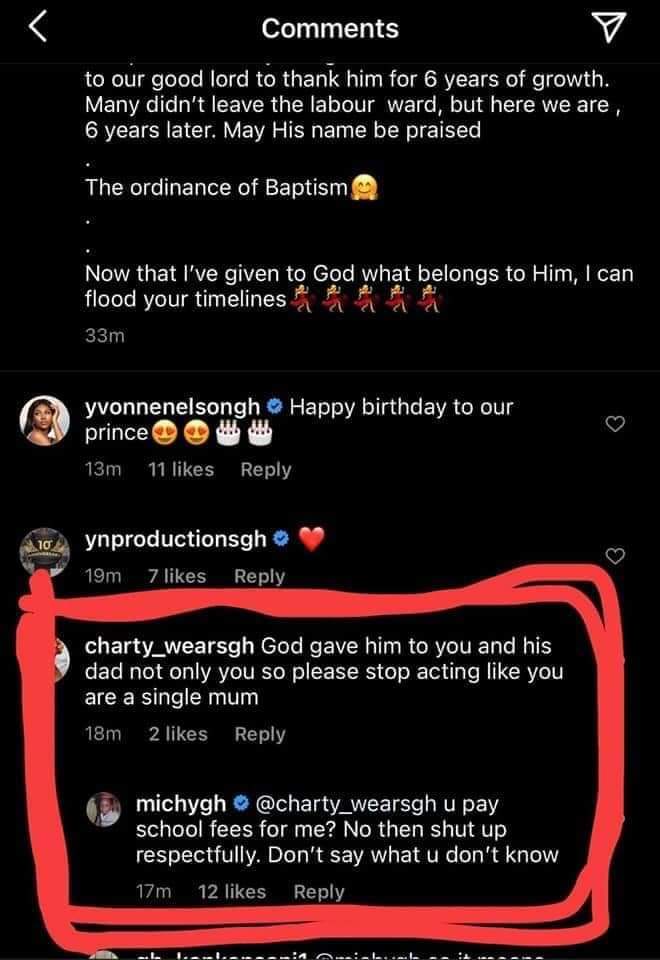 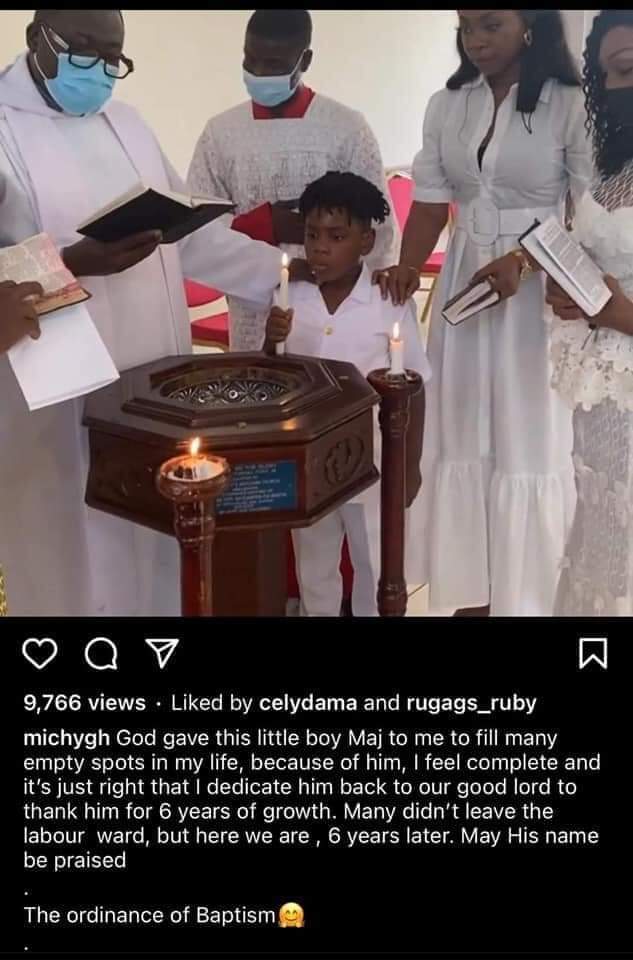